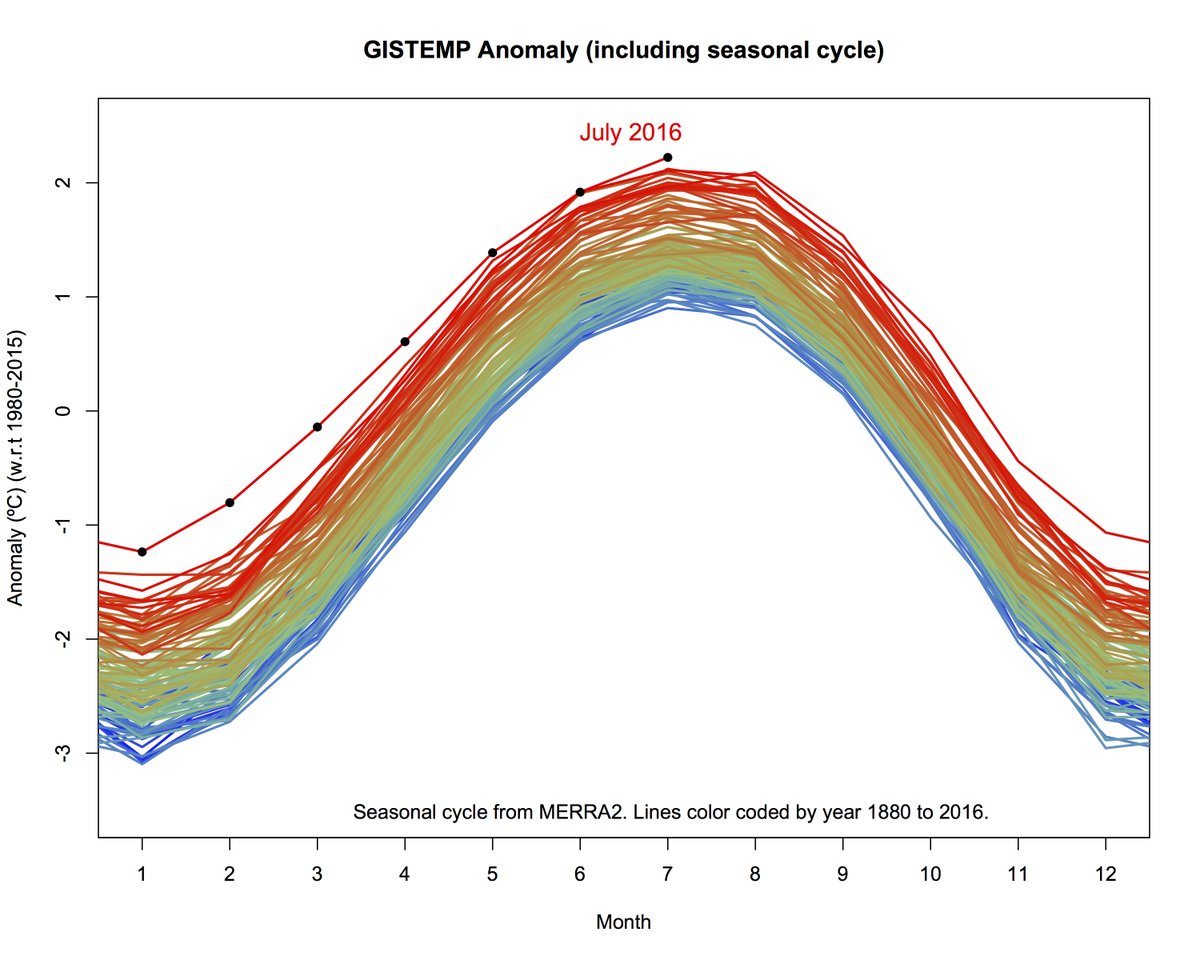 July is typically the hottest month of any year. However, NOAA indicated that July 2016 was the hottest month ever recorded. It had a global average temperature of 16.67 degrees Celsius (62.01 degrees Fahrenheit).

Greetings! As I’m sure you know, we manatees are warm-blooded marine mammals and we need water temperatures of at least 68 degrees Fahrenheit to survive. But Yikes – we don’t want to start living in boiling water! Check this out – According to NASA, NOAA and also the Japanese Meteorological Agency, July 2016 was the hottest month ever recorded, and these records go back 137 years!

Climate scientist Bill McKibben, and co-founder of 350.0rg, says we are now fighting a “World War” with Climate Change. Here is his recent article from the New Republic…

“We’re used to war as metaphor: the war on poverty, the war on drugs, the war on cancer. Usually this is just a rhetorical device, a way of saying, “We need to focus our attention and marshal our forces to fix something we don’t like.” But this is no metaphor. By most of the ways we measure wars, climate change is the real deal: Carbon and methane are seizing physical territory, sowing havoc and panic, racking up casualties, and even destabilizing governments. (Over the past few years, record-setting droughts have helped undermine the brutal strongman of Syria and fuel the rise of Boko Haram in Nigeria.) It’s not that global warming is like a world war. It is a world war. Its first victims, ironically, are those who have done the least to cause the crisis. But it’s a world war aimed at us all. And if we lose, we will be as decimated and helpless as the losers in every conflict–except that this time, there will be no winners, and no end to the planetwide occupation that follows.  The question is not, are we in a world war? The question is, will we fight back? And if we do, can we actually defeat an enemy as powerful and inexorable as the laws of physics?”

“Mobilization, on the scale of what was seen in the United States during World War II, specifically to shift our economies, as quickly as possible, over to entirely renewable forms of power generation. Why the WWII comparison? It will take the same level of commitment and effort, to retool factories and put a massive labor force behind this – not to build weapons, planes and tanks this time, but instead to churn out solar panels, wind turbines and electric vehicles.”

In reflection of Bill McKibben’s recommendations, Mark Jacobson, Director of Stanford University’s Atmosphere and Energy Program, has a plan for the United States to actually convert completely to renewable energy by 2050. Additionally, Jacobson and his team have plans for “a total of 139 nations around the world – over 71 percent of those in attendance at the 2015 Paris Climate Conference.” ] As an example, according to Jacobson’s Stanford plan, by 2050, the country of Canada “could generate 100% of its power needs from a combination of solar, wind, geothermal, hydro, wave and tidal sources.” Here’s a flow chart of how it would look… 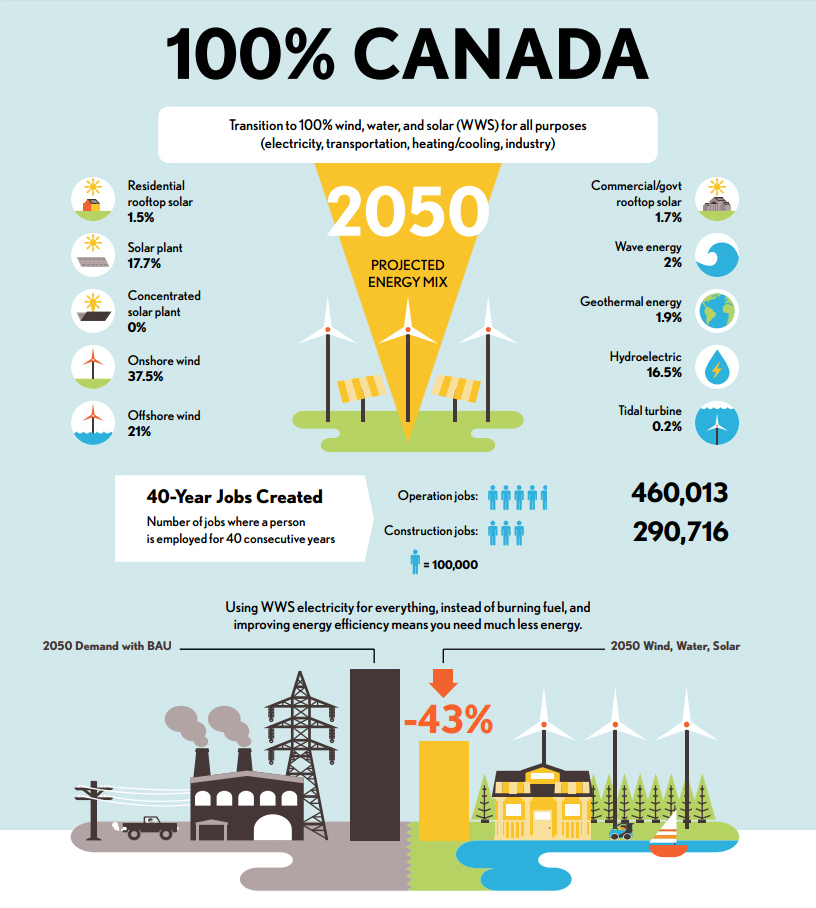 So when you look at the Stanford plan, “implementing this would avoid over 9,500 air pollution deaths per year, it would save us 4.3 cents per kiloWatt-hour in energy costs (when you factor in both the average direct cost and the associated health/climate costs of using fossil fuels), and we’d each save $8,887 in energy, health and climate costs every year. It would take up less than one-third of a percent of our available land space, and the plan would even pay for itself in as little as 2 years, when you take everything – including the air pollution and climate cost savings – into account.”

I’ll update you with additional blogs as more news on climate change develops.