Uncover the Lethal Effects of Red Tide on Manatees 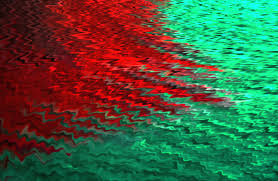 Harmful algal blooms, or HABs, occur nearly every summer along the nation’s coasts. Often, the blooms turn the water a deep red.

Greetings! Today I’d like to talk about something called Red tide, which can be very lethal to us manatees. Red tide occurs when algae in the water begins growing out of control. This rapid growth generates very harmful toxins as a byproduct. Scientists call this out of control growth Harmful Algal Blooms or HABs. 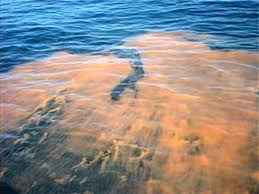 Harmful algal blooms, or HABs, occur when colonies of algae—simple plants that live in the sea and freshwater—grow out of control while producing toxic or harmful effects on people, fish, shellfish, marine mammals, and birds.

It’s not only us manatees who can get extremely sick and die from these HABs, it’s also humans! Even though human illnesses from HABs are rare, the outbreaks can disrupt coastal economies. Unfortunately, there is a HAB right here in the United States, which occurs almost every summer along the Gulf Coast of Florida. Scientists find that HAB outbreaks occur most frequently when water temperatures increase.

The Florida Fish and Wildlife Commission explain that their Florida Fish and Wildlife Institute [FWRI] is responsible for very important HAB monitoring. “Staff members in the HAB group routinely monitor Florida’s marine and estuarine waters for HAB species. They also respond to blooms when they occur and report information to the public and partners. Florida’s HAB Monitoring Database, one of the longest continually recorded datasets of red tide in the U.S., shows that red tides have occurred off the Florida west coast for more than 170 years. Data include event-response and routine monitoring data, which can be used in different ways.” Actually, HABs have been documented in every U.S. coastal state. And unfortunately, these HAB occurrences might be on the rise.

How Do Manatees become affected by a HAB?

In Florida, it is the red tide organism called, Karenia Brevis that produces brevetoxins during a HAB. It is these toxins that are extremely harmful to fish, marine mammals, and birds. Researchers believe that brevetoxins attach themselves to seagrass blades. So when a manatee eats the affected seagrass, the extremely harmful toxins get into its system. The results from these toxins lead to a manatee quickly becoming very sick and even possibly lethal.

Red-tide suspected deaths of the endangered Florida manatee began to surface in 1965. And since that time, many more unfortunate manatee deaths from HABs have occurred. These devastating events happened in 1982 and 1996 when K. brevis blooms were observed. Additional manatee die-offs from HABs also occurred in southwest Florida in 2002, 2003, 2005, 2007, and most recently in 2013 when we lost more than 800 manatees.

As you can see, HABs are very dangerous to us manatees and humans! As a result, the coastal waters need to constantly be monitored by the FWRI.