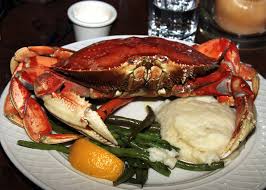 According to the NOAA Fisheries West Coast Region, “The Dungeness crab harvest in 2014 was worth more than $80 million in Washington, $48 million in Oregon and nearly $67 million in California.”

Greetings! In this blog I’d like to talk about how Ocean Acidification could wipe out the entire Dungeness crab population, along with its lucrative fisheries.  Dungeness crabs produce the largest fishery on the West Coast of the United States. They are also a major component to the Northwest marine ecosystem.

According to research by NOAA Fisheries’ Northwest Fisheries Science Center located in Seattle, Washington, a declining water pH in the Puget Sound, caused by climate change and ocean acidification, could seriously jeopardize the Dungeness crab populations there and result in putting the fishery at risk. This Dungeness crab study was recently published in the journal of Marine Biology.

Ocean Acidification or “OA” occurs when carbon dioxide [CO2] in the air from the use of fossil fuels, is absorbed by seawater. This absorption creates chemical reactions in the water, which disrupt the delicate saturation state of very important calcium carbonate minerals. Calcium carbonate [CaCO3] actually is found in at least 4% of the earth’s crust and it is common all over the world!

Jason Miller, the lead author of the study, which is also is part of his dissertation said, “I have great faith in the resiliency of nature, but I am concerned. Crab larvae in our research were three times more likely to die when exposed to a pH that can already be found in Puget Sound, our own back yard today.” 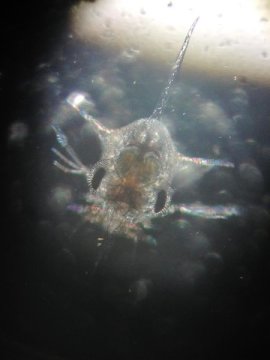 The study’s foundation had scientists collect Dungeness crab eggs from the Puget Sound. These eggs where then placed in tanks at the Northwest Fisheries Science Center’s Montlake Research Laboratory. The research there documented seawater in the tanks with a range of pH levels. Some reflected current pH conditions in the Puget Sound while others held seawater with lower pH levels, and the most extreme tanks had the lowest pH conditions, which are expected with ocean acidification.

Mr. Paul McElhany, a NOAA Fisheries research scientist and also senior author of the paper said, “The question was whether the lower pH we can expect to see in Puget Sound interferes with development of the next generation of Dungeness crab. Clearly, the answer is yes. Now the question is, how does that play out in terms of affecting their life cycle and populations overall?”

Here’s what the research revealed…

The Dungeness crab larvae all hatched at the same amount of time, regardless of the pH, however, those larvae at a lower pH took longer to hatch and moved through their larval stages much more slowly. Researchers said the “lower pH may reduce the metabolic rate of embryos.” The study revealed, “Larval survival also dropped by more than half at a lower pH. Areas of greatest vulnerability will likely be where deep waters, naturally low in pH, meet acidified surface waters.”

As you can see from this study, increasing carbon dioxide levels from the burning of fossil fuels and increasing ocean acidification reactions can destroy the Dungeness crab industry! As more news develops about this serious issue of climate change and ocean acidification, I will update you with new blogs.

Ocean Acidification Could Wipe Out the Dungeness Crab Industry!