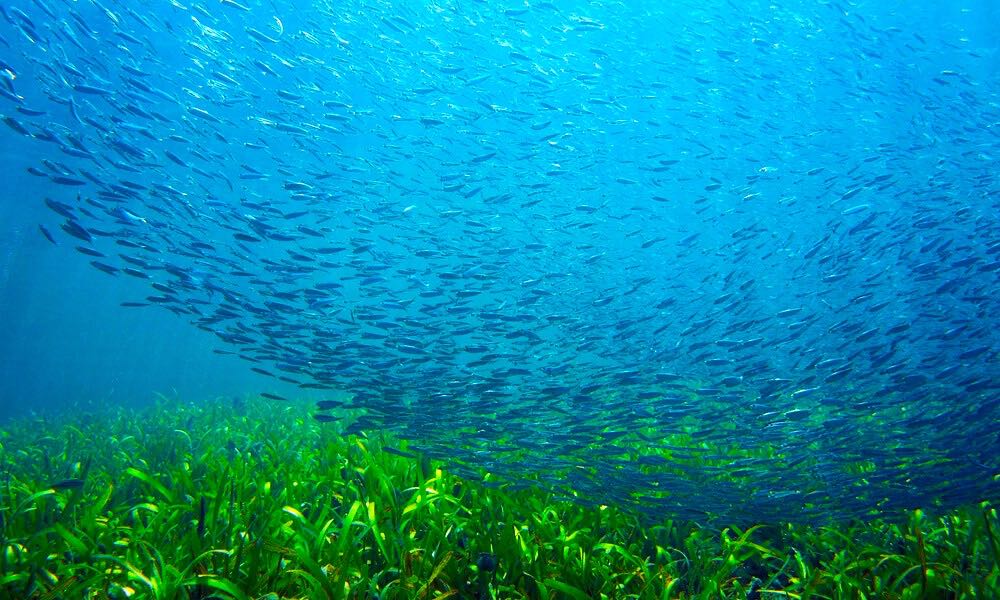 Seagrass is not only the main food source of manatees. New research uncovers just how important it is to the health and sustainability of our oceans.

Greetings to you! In celebration of St. Patrick’s Day, I thought it would be rather appropriate to talk about my favorite food, which also happens to always show off its awesome and brilliant green color … Seagrass!

Seagrasses can be found in many locations of our planet, from the waters right here in Florida, to other global tropical regions, and as far north as the Arctic Circle. Because most of the species exhibit flowing long green grass-like leaves, it’s easy to see why seagrasses have the name they do. Seagrasses love shallow salty and brackish waters and they are often mistaken for seaweeds. However, seagrasses are much more closely related to flowering plants on land because they have roots, leaves and stems, which produce flowers and seeds.

About 100 million years ago, seagrasses began evolving and today there are approximately 72 different species found around the world. And seagrasses can create large, dense underwater meadows, which are even large enough to be seen from space! Seagrasses also provide a wonderful habitat to a diverse community of sea life, ranging from small invertebrates to large fish, crabs, turtles and marine mammals ( yours truly 🙂 ).

Interestingly, a group of divers on a recent trip to Indonesia had suffered a nasty attack of typhoid and another of dysentery. These divers were part of a scientific group out to study coral reefs dying off from infections. The group then started evaluation whether their illnesses actually were associated with the health of the reefs. In particular, “why some areas seemed rife with pathogens and other areas were disease free.”

There is now good evidence existing, which shows that seagrasses may be able to fight against diseases. Cornell University lead researcher, Ms. Joleah Lamb, noticed that “reefs near or surrounded by seagrass meadows appeared to be far healthier than those were the meadows had been destroyed.”

It has long been known that seagrasses play a vital role as wonderful nurseries for a very wide range of marine life. And now this new Cornell research, which was published in Science, has uncovered “they play a crucial role in purging diseases from the ocean.” How was the research of Joleah Lamb and her team performed?

The research began when “Lamb’s team sampled waters off four small islands in the Spermonde Archipelago, Indonesia. Her study included areas with some seagrass meadows and others without. She found that the level of Enterococcus bacteria in seagrass areas was just a third of that in areas lacking the underwater meadows. In seagrass-free areas, the bacteria were present at 10 times the limit for recreational water set by the US Environmental Protection Agency.”

“These Indonesian islands lack sanitation systems, but in areas where seagrass meadows flourish, the bacteria seem to be kept in check to some degree. It is not clear exactly how the seagrass achieves this dramatic purge. One possibility is that the sediment built up by the grasses is locking the pathogens away. Or it could be the aquatic life colonizing the seagrass might be involved.”

Joleah Lamb and her Cornell University team are still researching how the seagrasss are purging disease pathogens. Lamb said, “We’re looking at microbial communities that are on the seagrass blades.” Another possibility is that the “oxygen released during photosynthesis is toxic for the pathogens. Or it could be that the improvement in water clarity caused by the plants growing allows more ultraviolet light to penetrate the water column, which destroys bacteria.”