March to the Green with Seagrass Awareness Month! 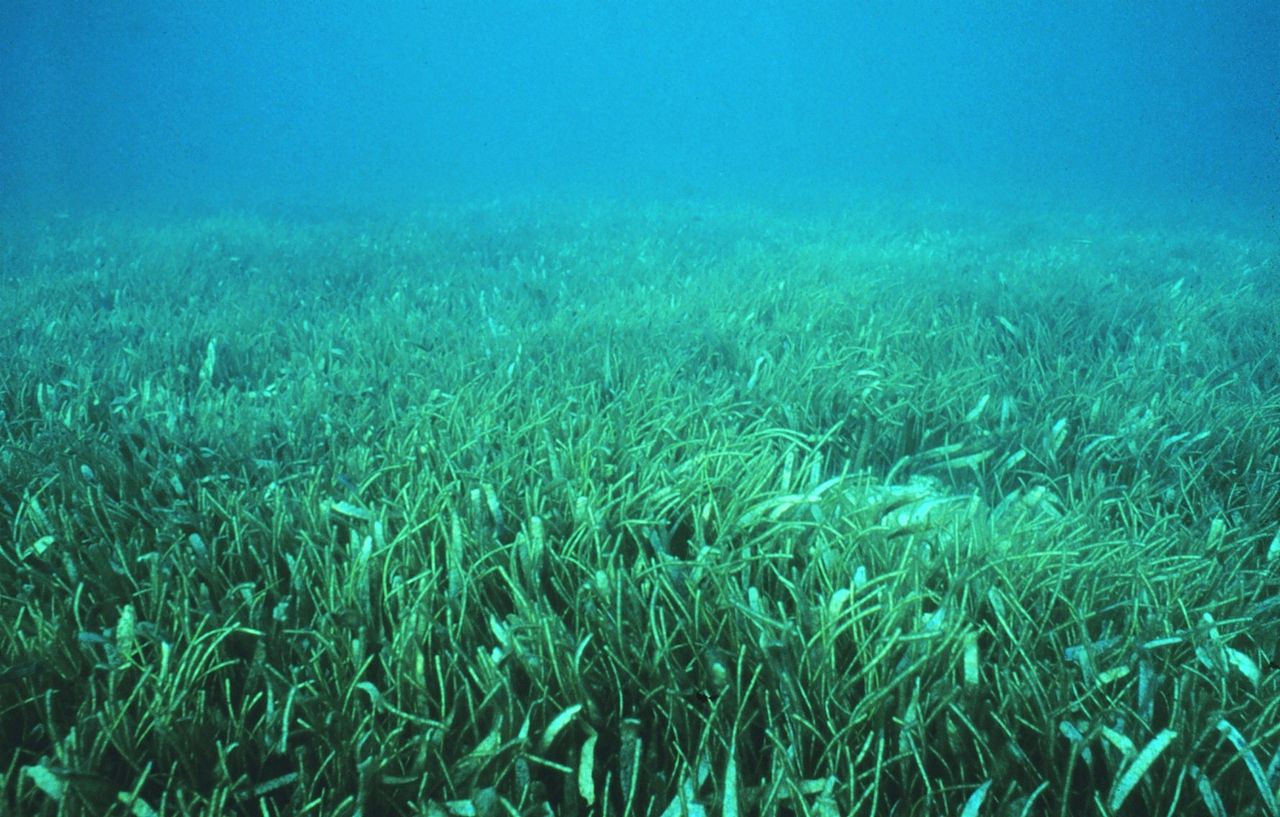 Seagrasses are the main food source for the vegetarian diet of manatees. Seagrasses can also be found in many locations of our planet, from the waters right here in Florida, to other global tropical regions, and as far north as the Arctic Circle.

Greetings to you! St. Patrick’s Day is almost here and I thought it would be great to talk about something else that is also green. It also happens to be my favorite food … Seagrass! Add to that, March is seagrass awareness month. OK – What exactly is seagrass you ask?

According to the National Wildlife Federation [NWF], “Seagrasses are underwater plants that evolved from land plants.They are like terrestrial plants in that they have leaves, flowers, seeds, roots, and connective tissues, and they make their food through photosynthesis. Unlike terrestrial plants, however, they do not have strong stems to hold themselves up—instead they’re supported by the buoyancy of the water that surrounds them. Seagrasses are a very important food source and habitat for wildlife, supporting a diverse community of organisms including fish, octopuses, sea turtles, shrimp, blue crabs, oysters, sponges, sea urchins, anemones, clams, and squid. Seagrasses have been called “the lungs of the sea” because they release oxygen into the water through the process of photosynthesis.”

Seagrasses can be found in many locations of our planet, from the waters right here in Florida, to other global tropical regions, and as far north as the Arctic Circle. Because most of the species exhibit flowing long green grass-like leaves, it’s easy to see why seagrasses have the name they do. Seagrasses love shallow salty and brackish waters and easily can be mistaken for seaweeds. However, seagrasses are much more closely related to flowering plants on land. Why? Because they actually have roots, leaves and stems, which produce flowers and seeds.

About 100 million years ago, seagrasses began evolving and today there are approximately 72 different species found around the world. And seagrasses can create large, dense underwater meadows, which are even large enough to be seen from space! Seagrasses also provide a wonderful habitat to a diverse community of sea life, ranging from small invertebrates to large fish, crabs, turtles and marine mammals … manatees:).

Seagrass beds are actually very productive and are more important than meets the eye. Here are a few quick facts …

According to the International Union for Conservation of Nature [IUCN] “Seagrasses are one of the most rapidly declining ecosystems on Earth. These underwater marine coastal plants are losing 7% of their known area per year. This alarming loss was confirmed at the 11th International Seagrass Biology Workshop (ISBW1) in Sanya, China where 100 leading seagrass scientists and conservationists met to discuss and update the global status of this critical habitat.

The results of seagrass research and monitoring by international scientists confirmed the global trend of continued seagrass habitat loss and degradation, driven by unsustainable practices in coastal regions including rapid development and pollution.

Seagrass losses pose a further danger to already-threatened species that depend on seagrass for food and habitat, including manatees, dugongs, sea turtles, and sea horses. Seagrass habitats are a nursery for many fisheries species and stabilize and filter shallow coastal environments. The food security of coastal people worldwide depends on healthy seagrass meadows. Additionally, ocean carbon is stored in seagrass meadows, preventing its release into the atmosphere where it would contribute to global climate change.”

As more news on seagrass breaks, I’ll be sure to let you know.