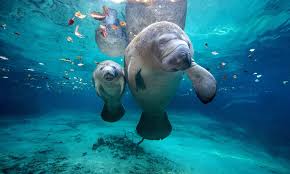 Greetings! Here’s a continuation of my blog on manatee facts (Part 4). It reviews some of the awesome manatee factsI’ve presented over these last few years!

Manatees are currently listed as threatened.  And the definition of threatened under the Endangered Species Act in the United States is defined as “any species, which is likely to become anendangeredspecies within the foreseeable future throughout all or a significant portion of its range”. And it is the less protected of the two protected categories. The following are 9 dangerous threats that manatees face everyday…

Stay tuned for moremanatee facts coming up in a future blog!