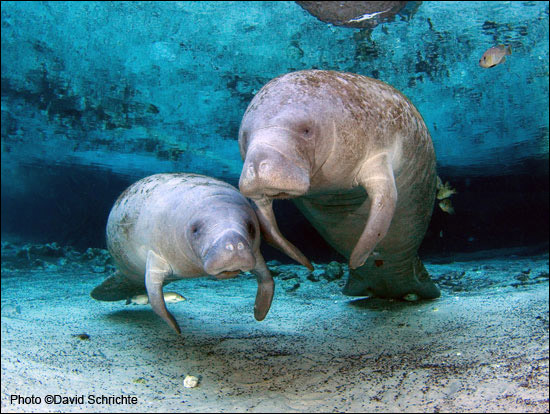 Greetings! Here’s the continuation of my blog on manatee facts (Part 3). It reviews some of the awesome manatee facts I’ve presented over these last few years!

Did you know that both state and federal laws protect us manatees? That’s right! We are a rare and unique marine mammal that needs special protection. We’re currently listed as threatened. Under the Endangered Species Act (ESA) of 1973 in the United States, threatened is defined as“any species, which is likely to become an endangered species within the foreseeable future throughout all or a significant portion of its range.”

Endangered– if it is in danger of extinction throughout or a significant portion of its range.

Threatened– if it is likely to become an endangered species within the foreseeable future.

The agencies that enforce the ESA are the U.S. Fish and Wildlife Service (USFWS) http://www.fws.govand the National Marine Fisheries Service (NMFS). http://www.nmfs.noaa.gov