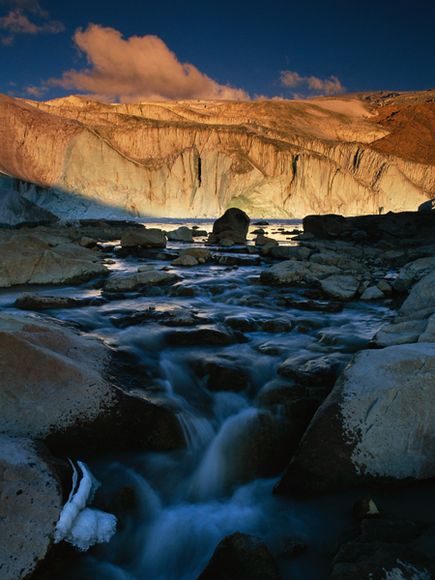 The Quelccaya ice cap is the largest in the tropics. If it continues melting at its current rate – contracting more than 600 feet a year, it will be completely gone by 2100. This devastating result of climate change will leave thousands who rely on using its water for drinking and electricity, completely dry and in total darkness! Photo Courtesy of National Geographic.

Greetings! In this blog, I’d like to talk about a recent Yale University study that performed research on how voters feel about global warming. Their study found as it did in previous years that “Democrats are more likely than Republicans to be convinced that human-caused global warming is happening and to support climate action.”

When the study looked at conservative Republicans it found…

Approximately 56% of all registered voters believe global warming is the result of human activities. Now here is another interesting find from the Yale study…

When it comes down to which presidential candidate Americans would vote for when focusing on the issue of global warming, here is what the Yale study found…

Finally, the study reported that the majority of Americans would want legislation on limiting carbon dioxide emissions…

“Seven in ten registered voters (70%) support setting strict carbon dioxide emission limits on existing coal-fired power plants to reduce global warming and improve public health, even if the cost of electricity to consumers and companies would likely increase. Democrats (88%, 91% of liberal Democrats), Independents (67%) and liberal and moderate Republicans (67%) are all likely to support setting strict limits, however, only 37% of conservative Republicans support such limits.”

I’ll be telling you more about this serious issue on global warming in future blogs.