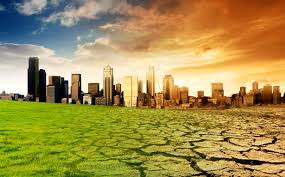 Climate Change effects seem to be speeding up the arrival of spring!

Greetings! It’s been warming up recently! Well yours truly doesn’t mind, after all I’m a warm blooded marine mammal. However, my friends in the mid-Atlantic and northeast had the warmest February on record! In fact, these May-like high temperatures in the first few days of March are part of a new historic warm spell that is controlling much of the northern hemisphere.

These warm spells roll in due to the Pacific jet stream, which also delivered pouring rains in California and much warmer weather to the rest of the United States.  In fact, Colorado, Kansas, and Texas all recorded record-breaking heat.

Climate Change is the Culprit!

In fact my author buddy living in Bucks County, Pennsylvania, which is about 35 miles northeast of Philadelphia said, “…all the spring crocuses around here have been blooming for the last week!” Add to that, The U.S. Geological Survey said, “…the season is showing up two to three weeks earlier than normal in the southeast United States, from Texas to Washington, and making its way gradually north.” The agency measures this phenologically, when nature wakes up from winter and says, “its time.”   The Agency also said, “Spring already arrived in the southeastern United States. It started 22 days early in Washington, D.C., where the cherry blossoms are expected to hit their peak bloom about two weeks early, around March 15.”

Who doesn’t like getting a break from the cold, harsh, and dark winter weather in February? The issue? Let’s say in August 2050, this pattern may unfortunately feel much less agreeable to everyone. Dr. Jake Weltzin, USGS ecologist and the Executive Director of the USA National Phenology Network said, “While these earlier springs might not seem like a big deal — and who among us doesn’t appreciate a balmy day or a break in dreary winter weather — it poses significant challenges for planning and managing important issues that affect our economy and our society. It complicates the growing season for farmers. And it is very bad for allergy sufferers. It throws ecosystems severely out of whack”

An article from The Atlantic Magazine stated, “These kinds of mismatches can upset complex relationships between animals and their environment. In the Arctic, some grasses bloom a month before normal, depriving hibernating animals of a crucial early-spring food source. Snowshoe hares turn white during the winter, and then brown during the summer, so that they can be better camouflaged against the ground. But now that snow is melting earlier in the year, many are still wearing their white coats in the spring mud—making them especially easy for predators to pick off. It’s hard to say what causes a given weather event, but spring’s party-crashing this year is exactly the kind of thing that happens on a warming planet.” Or, as the U.S. Geological Survey “climate change is variably advancing the onset of spring across the United States.”