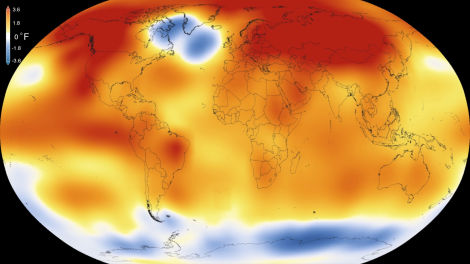 Here’s some more sobering news just released from NASA. The space agency says, “2016 is the hottest year on record!” And it’s only October! We manatees are warm-blooded, and enjoy water temperatures above 68 degrees Fahrenheit, but how warm will the ocean and land become?

It was back in May of this year that Gavin Schmidt, Director of the Goddard Institute for Space Studies (GISS) said, “There’s a 99 percent chance that 2016 will set a new global heat record, thanks to a sweltering winter aggravated by the pool of hot water stretching across the equatorial Pacific, better know as El Niño.”

El Niño has now retreated and its climate partner, La Niña is currently a “no-show,” according to scientists. They feel La Niña is still some six months out before its effects start changing weather patterns. La Niña means “The Little Girl,” in Spanish. It is also called, “a cold event.” In a La Niña year, observations of below-average sea surface temperatures occur along the east-central Equator in the Pacific Ocean. Then in the tropics, ocean temperatures during La Niña will generally be the opposite of El Niño. History has shown that during a La Niña year, “winter temperatures are warmer than normal in the Southeast and also cooler than normal in the Northwest.”

The GISS data for September 2016 was just released and guess what? It shows we have another month for the record books! GISS reports that September 2016 “was the hottest September in 136 years of recording keeping.”

“With emissions continuing at the rate they’re going a little while longer, I see no way to argue that we aren’t handing off plenty of climate impacts to future generations.” – Jeremy Shakun, Boston College paleo-climatologist 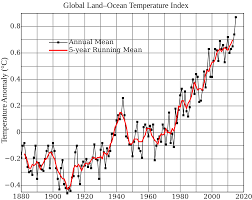 Gavin Schmidt has become the global temperature ambassador and he said, “We’ve now had roughly a dozen such records in as many months.” And he recently tweeted that “…2016 will be another hottest year.”

As a result of this sobering warming trend, there is now very little wiggle room before we hit the December 2015 Paris Climate Agreement’s first major goal of “limiting global warming to 1.5 degrees Celsius.”