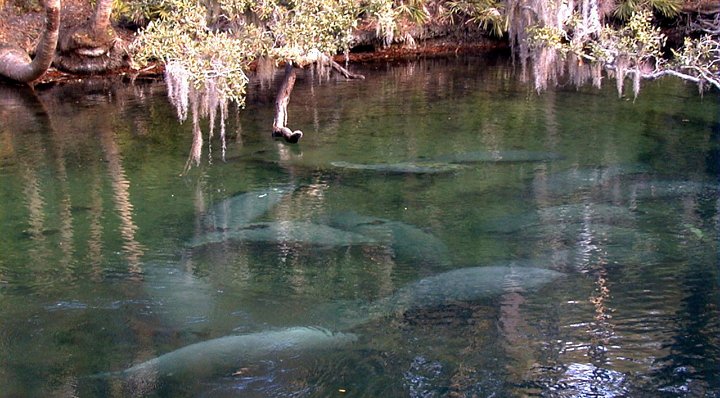 This is some really cool state-of-the-art stuff!  Scientists use an actual 3D image, replicating parts of Willoughby the Manatee’s bones in preserving her skeleton!  Willoughby was a female Florida manatee that was hit by a boat in Florida’s St. Lucie River in 2005. The St. Lucie is an important part of the Indian River Lagoon system.

Willoughby was rescued after she was injured and immediately sent to the Columbus Zoo and Aquarium in Ohio for her rehabilitation.  It was determined that she was 11 years old. Unfortunately, veterinarians quickly discovered that Willoughby also had cervical cancer and she died at 15 years old. This is a very young age for manatees, because we can live to the age of 60 or sometimes even longer.

The Columbus Zoo and Aquarium decided to keep the remains of Willoughby for future research. Six years had passed when Andrew Yoak, a graduate student teaching vertebrate anatomy at Ohio State University, and the Columbus Zoo staff actually brought Willoughby out of storage.  Yoak also worked part-time at the zoo in the role of manager for a raccoon fertility study.  The zoo asked Andrew if he would like to lead a research project with Willoughby’s skeletal remains.

Yoak accepted the challenge and his new manatee research project. However, he had to get permission from the U.S. Fish and Wildlife Service because we manatees are an endangered species.   Add to that, manatee ribs are actually in demand because they are sold on the black market as “false ivory!”  Andrew Yoak was able to negotiate and get permission from the federal agency.

Once Andrew uncovered the manatee’s remains, he quickly found that the skeleton was missing several bones. In particular, the all-important shoulder blade and the jawbone. Yoak hoped to use Willoughby’s skeleton for display in the Tetrapod Collection at the Ohio State University Museum of Biological Diversity.

Now here’s where this story gets real interesting! Yoak knew it would be impossible to find new natural manatee bones. As a result, Andrew Yoak’s wife, Kellen Calinger-Yoak, Beth Yoak (Andrew’s sister), along with a group of doctoral students decided to use state-of-the-art 3D technology to print and create the missing manatee bones! Yeah – I think we’re in the future now! 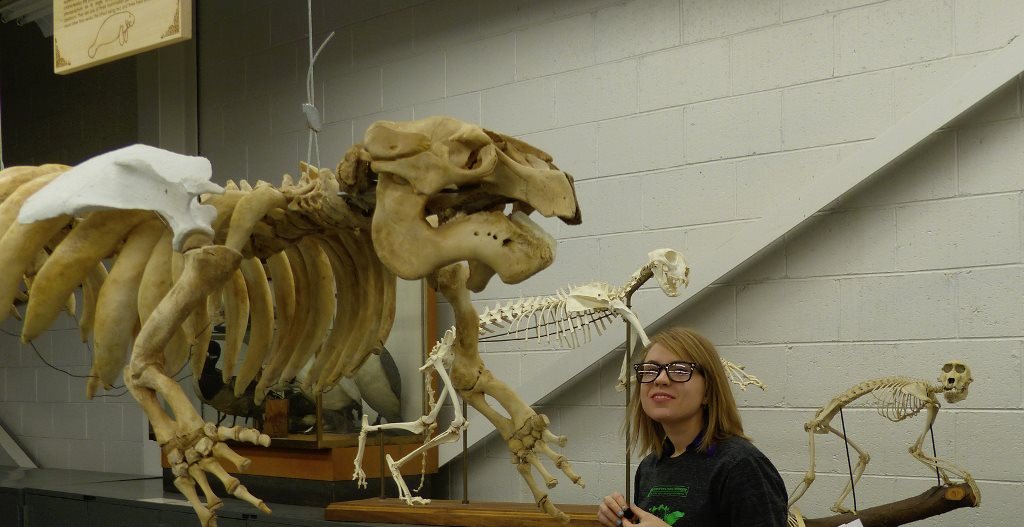 The first thing the group had to do was clean and prepare the existing bones. Then for the crucial missing bones, Beth Yoak made extraordinary use of a 3D printer housed at the Ohio State University’s engineering school.  There were a total of 100 hours used for the cleaning and preparation of the bones. And finally, there was another chunk of time totaling 50 hours for carefully putting together the completed manatee skeleton. Willoughby the manatee will always be remembered for her unique contribution to 3D history!

Willoughby the Manatee is remembered with 3D Technology!