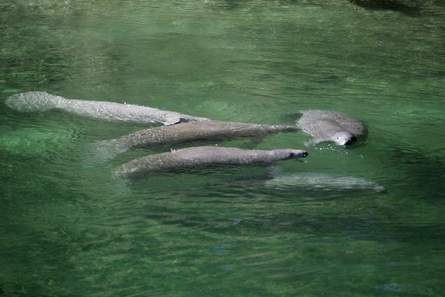 Manatees swim together Sunday (1/24/16) in the waters of Blue Spring State Park in Orange City. Thousands of people converged on the city and park over the weekend for the 31st annual Orange City Blue Spring Manatee Festival. News-Journal/LOLA GOMEZ

Greetings! We had such a great turnout at the 31st Orange City Manatee Festival with Blue Spring State Park on Saturday, January 23rd and Sunday, January 24th! According to Festival President, Jeff Allebach, the event, which started back in 1985, attracted more than 4,000 people on Sunday! Fantastic!

Both mornings of the festival, we had bone-chilling temperatures, which started out in the low 30s! Yikes – of course my manatee buddies and I made a beeline to the naturally warm and balmy Blue Spring where its temperature floats at a constant 72 degrees Fahrenheit all year long!

Children and adults alike strolled along the beautifully carved wooden boardwalk that stretches along extraordinary crystal clear blue green waters of the spring. They flocked to its edges amazed as they watched us partying manatees totally enjoying ourselves. Coming up for air every few minutes. Hey – we’re mammals too … so we need air like you! 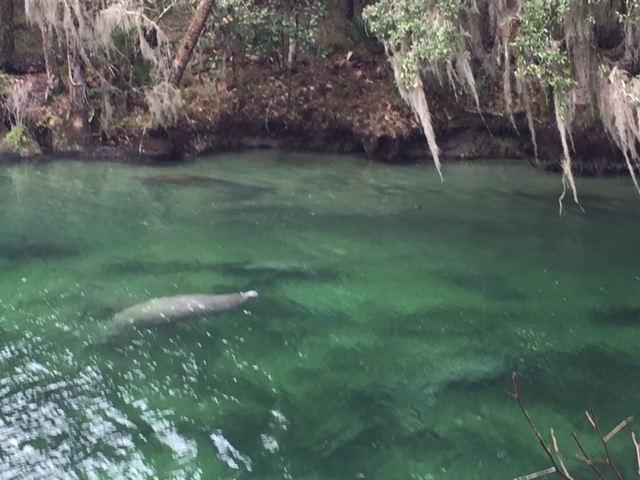 The manatee count in the spring on Sunday was 384. According to park ranger Donna Cobb, this however, was not the “year’s record high of 400 manatees.” Ok – Just give us some more time and cold weather!

My author, Robert Scott Thayer, also did a book signing at Blue Spring State Park during the event. Everyone loved Kobee Manatee! Looks like I was a BIG success! Manatee BIG that is! 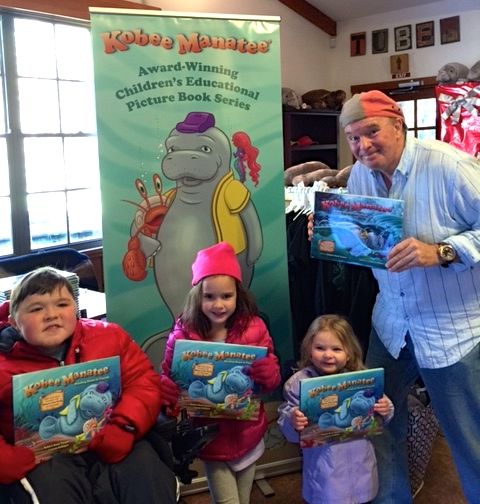 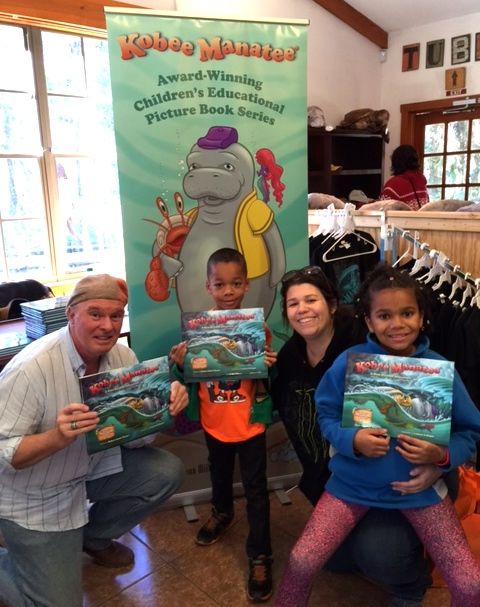 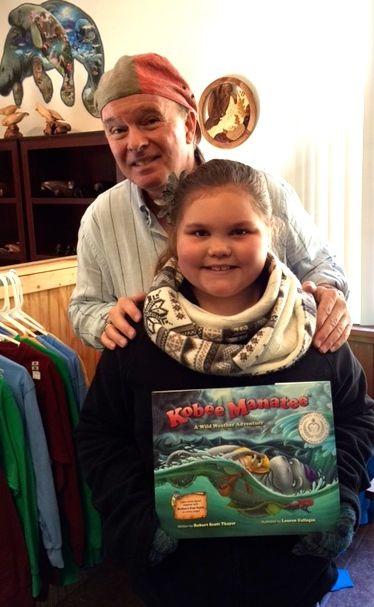 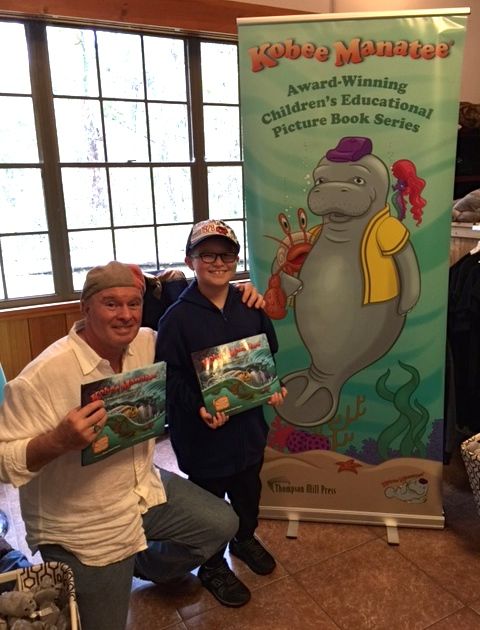 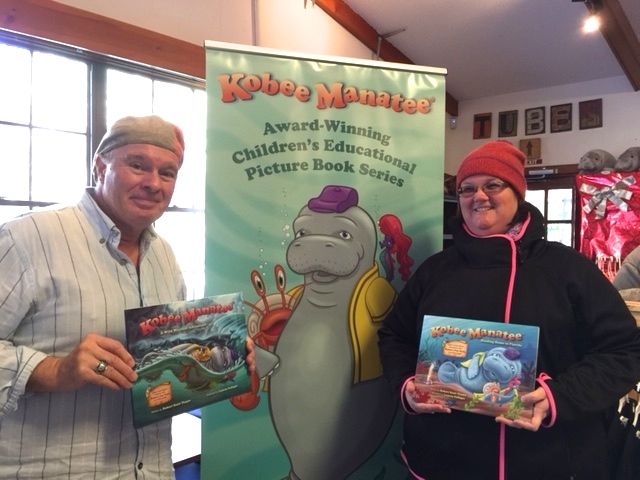 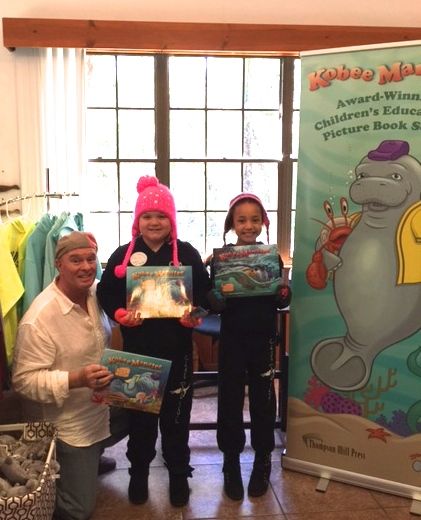 About a quarter mile just up the road on West French Avenue sits Valentine Park. That was our other festival partner where vendors set up their tents, along with rides and a big stage for rock bands. There was a unique dog-Frisbee act that people loved! Several shuttle buses took folks from Valentine Park over to Blue Spring State Park to watch us manatees. Even though Saturday was cool all day, Sunday warmed up considerably. I bet that explains why Saturday 2,500 folks attended the festival and Sunday the festival brought in 4,000!

Just in case you didn’t know…

Currently, there are an estimated 6,350 manatees in Florida. In fact, the U.S. Fish and Wildlife Service is now proposing to change the manatee’s status on the Federal Endangered Species list from endangered to threatened. Mr. Jim Valade, the Florida manatee recovery coordinator for the agency said, manatees are no longer in “intensive care.”

Jeff Allebach said he has watched the number of manatees increase. In the late 1990s Allebach said, it was “great for the event to have 70 manatees.” Jeff still believes manatees should stay on the endangered list. “Just because you have a little bit of success, you don’t stop what you’re doing.” Janice Nearing, Director of Public Relations for the Save the Manatee Club explained the animal’s population is growing, however she called the change in manatee status premature and still believes it’s a critical time for them. Janice said, “There are a lot of threats that exist. Those are not going away, they’re growing and we do have to address them before we can take the time to celebrate a move to reclassify them. We do not feel it is appropriate at this time to do that.”

Allebach explained the proceeds from the manatee festival at Valentine Park are donated to college scholarships, the Friends of Blue Spring State Park, the D.A.R.E. programs at Orange City Elementary and Manatee Cove Elementary, along with other organizations.