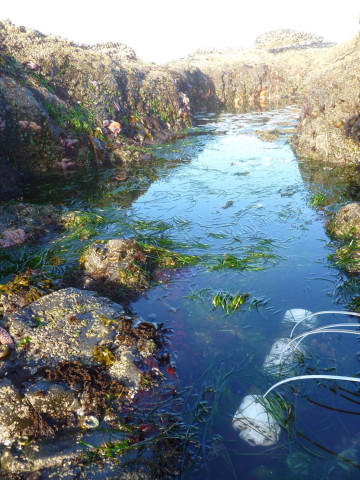 Ocean Acidification sensors in use on the west coast of the United States to monitor increasing pH levels and the destruction this has on sea life. Photo Courtesy: Oregon State University

Greetings! Unfortunately, I have more sobering news for you with the subject of ocean acidification. Oregon State University researchers recently recorded some of the highest levels of ocean acidification in the world. And these high levels can be found directly off the coast of the Pacific Northwest.

According to a new research study in Nature Scientific Reports, scientists report heavy levels of ocean acidification “in the California current, which flows southward down the West Coast from British Columbia to the Baja California Peninsula.” Francis Chan, the study’s lead author and professor in the department of Integrative Biology at Oregon State explained, “We know that the changes that are coming at us are pretty big. We’re starting to find out every week, every month about new marine life that are going to be affected. We added Dungeness crab to that list this year.”

The process of ocean acidification isn’t hard to understand. As greenhouse gases release carbon dioxide CO2 in the air, our oceans absorb the carbon. The result is that our oceans then become more acidic, which lowers its pH. The more carbon dioxide in the air, the more acidic oceans become. And this prevents “oysters and tiny marine snails at the base of the food chain from forming shells.”

Professor Chan says, “What we didn’t know is that if you’re an animal living on the shore, how often do you see a bad day? And now because we have sensors that are actually taking measurement of ocean pH every 10 minutes throughout the summer, we can start to build that picture.”

The Oregon State University study observed pH readings from 2011 to 2013. It took these readings from tide pools and near-shore sensors along the Oregon and California coasts. The study found that, “63 percent of the test sites experienced levels of acidification know to cause commercial oyster production failures.”

As more news about ocean acidification and climate change emerge, I’ll be sure to blog about it!