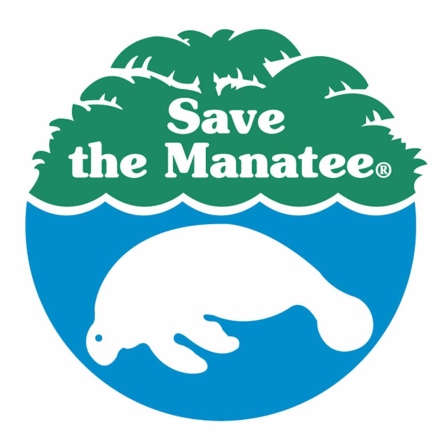 It’s that time of the year to celebrate again! Why? Because November is Manatee Awareness Month! Florida’s Governor, Rick Scott signed the Manatee Awareness Month proclamation. This signing is actually a tradition recognized and supported by the governors of Florida over the past several years. Its purpose is to raise public awareness about protecting the habitat of the Florida manatee, the state’s official marine mammal.

These signings began in 2003, when then Governor Jeb Bush issued the proclamation naming November as Manatee Awareness Month. The official proclamation issued by Governor Bush states, “The Florida manatee is the state’s official marine mammal and is a distinctive and valuable natural resource the residents of Florida must be made aware of the plight of these endangered marine mammals.”

Why is November Chosen as Manatee Awareness Month?

November is actually the time of year when temperatures begin to fall in Florida as winter approaches. Since manatees are warm-blooded, they need water temperatures of at least 68 degrees Fahrenheit or higher to survive. As a result, both the Gulf of Mexico and the Atlantic Ocean begin to cool down. This cooling of Florida’s coastal waters and weather signals manatees to migrate to warmer inland waters. These warmer waters include freshwater springs, such as those found at Blue Spring State Park in Orange City and power plants that discharge warm water such as those found at Tampa Electric in Apollo Beach.

Patrick Rose, Executive Director and Biologist at the Save the Manatee Club located in Maitland, Florida explains, “In spite of their large size, manatees have very little body fat and low metabolic rates. Young manatees are especially susceptible to cold temperatures. When water temperatures fall below 70 degrees, most manatees move toward or into warm water refuge areas.”

Save the Manatee Club was co-founded in 1981 by singer/songwriter Jimmy Buffet and then Florida Governor, Bob Graham. The objective of this award-winning, non-profit club is the recovery and protection of manatees, and their aquatic environment throughout the world. Patrick Rose explains, “Our mission is to ensure manatees and their aquatic habitat are protected for today and into the future.” Mr. Rose added “…in the face of such monumental challenges, public involvement through awareness and education is vital since manatees are defenseless against the cold, red tide, speeding watercraft and disruptions to their critical habitat.

WHEREAS, the manatee is Florida’s official marine mammal; and

WHEREAS, the manatee is protected under the Federal Endangered Species Act, the Marine Mammal Protection Act, and the Florida Manatee Sanctuary Act; and

WHEREAS, it is important for Floridians to continue to protect manatees and their habitat; and

WHEREAS, conservation efforts have helped restore the manatee population to a record amount of over 6000;

NOW, THEREFORE, I, Rick Scott, Governor of the State of Florida, do hereby extend greetings and best wishes to all observing November 2015 as Manatee Awareness Month.

IN WITNESS WHEREOF, I have hereunto set my hand and caused the Great Seal of the State of Florida to be affixed at Tallahassee, the Capital, this 29th day of October, in the year two thousand fifteen.