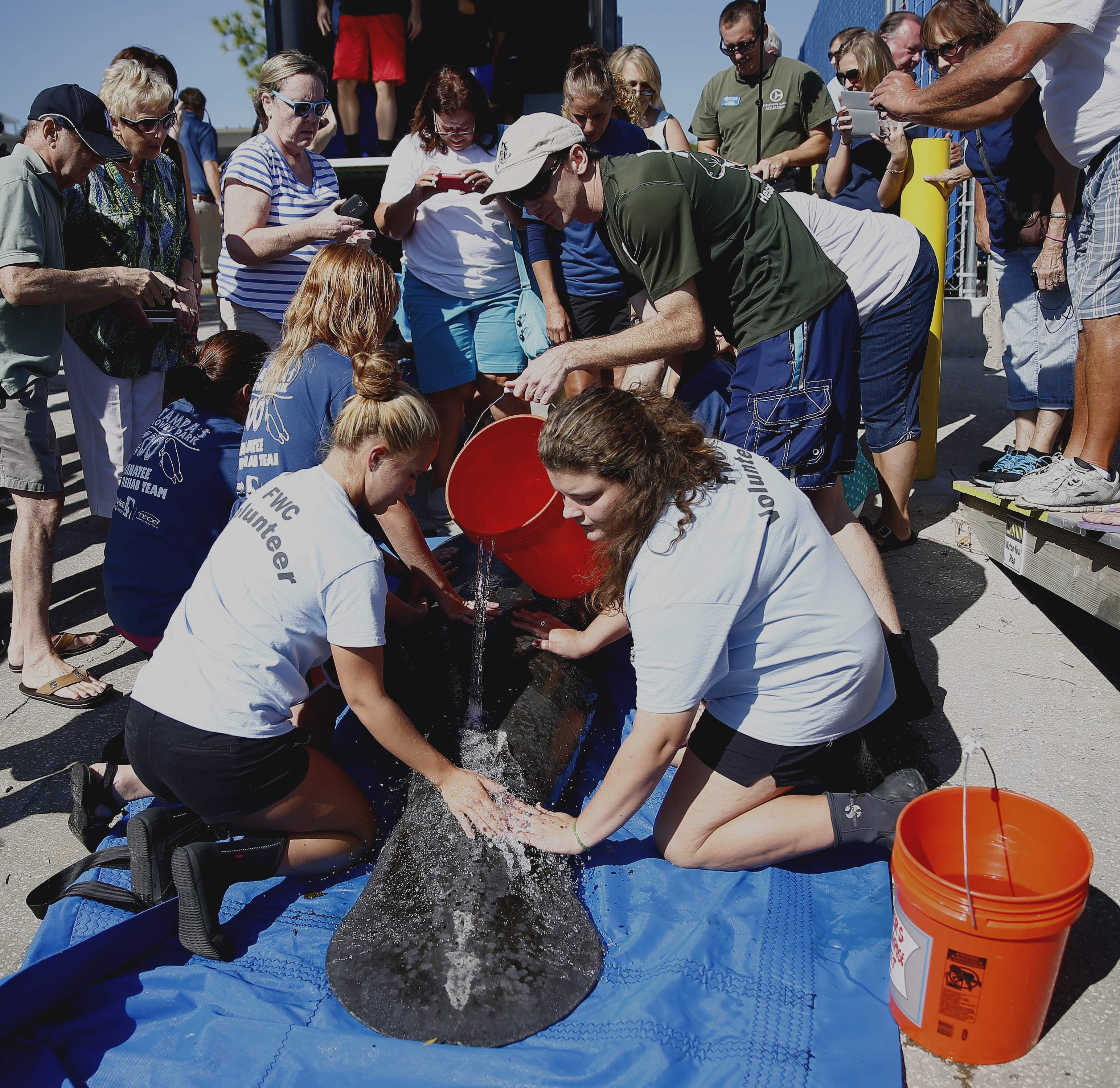 Mr. Jeffries called the wildlife officials and it actually took two days to locate the distressed manatees. Once the manatees were located, they were rescued and sent to the David A. Straz Jr. Manatee Hospital at Lowry Park Zoo. Virginia Edmonds, an animal care manager at the Zoo said, “Had she gone longer carrying that trap around, she could have lost her flipper, so the folks spotting her and being able to get that information in was a great thing.”

Florida Manatees (that’s me :)) are a subspecies of the West Indian manatee. We’re currently listed as “endangered” and are at risk from both natural and man-made causes of injury and death. Our exposure to cold stress, red tide, and other diseases are the natural challenges we face each day. The man-made issues facing us are; boat strikes, flood gates (or locks) and also getting caught and tangled up in fishing gear.