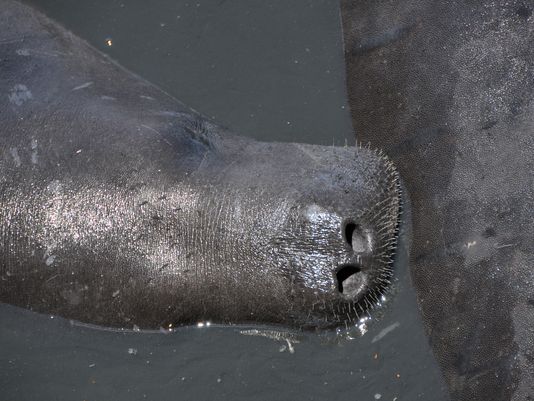 There were 67 manatees killed by watercraft in Florida, which accounted for 19 percent of the overall 2014 death toll, compared with the 5-year average of 82.

Dr. Katie Tripp, Director of Science and Conservation at the Save the Manatee Club said, “It’s one of those things that it was a better year than last year, but last year was really horrible.”

Florida Manatees (that’s me 🙂 ) are a subspecies of the West Indian manatee. We’re currently listed as “endangered” and are at risk from both natural and man-made causes of injury and death. Our exposure to cold stress, red tide, and other diseases are the natural challenges we face each day. The man-made issues facing us are; boat strikes, flood gates (or locks) and also getting caught and tangled up in fishing gear.