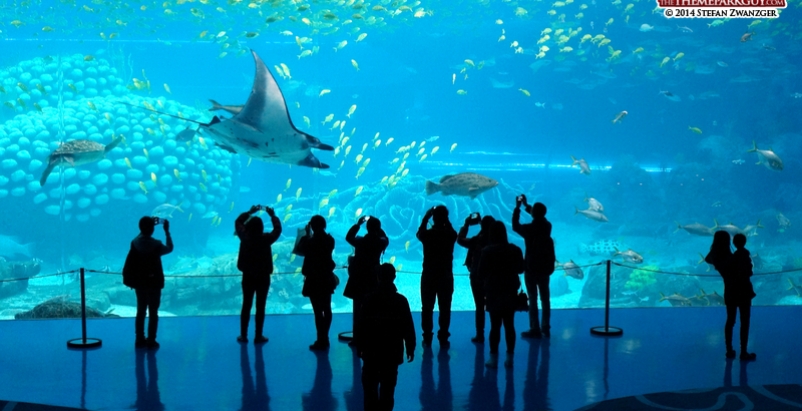 Greetings! Here’s some record-breaking news that really makes a BIG Splash for you…

…The Chimelong Ocean Kingdom theme park located in Zhuhai, China is considered the world’s largest aquarium! It has “seven salt and fresh water aquariums,” holding a total of “12.87 million gallons of water.” And it has already earned five Guinness World Records, which are:

It took three years to construct Chimelong Ocean Kingdom. Mr. Al Cross, PGAV Destinations Vice President and project lead said, “Ocean Kingdom is world-class, delivering well-planned guest experiences, focusing on comfort and the quality of the experience. It has a really unique approach that blurs the lines between thrilling rides, great shows, and amazing animals. In fact, it’s one of the best efforts in Asia to create viewing interactions between people and animals.”

Chimelong Ocean Kingdom has its own manatee exhibit featuring the West African manatee. This manatee has a rather “long, streamlined body.”And just like the West Indian manatee and the Amazonian manatee, it doesn’t have hind limbs or a dorsal fin. You’ll also be able to view “over 60 rare fishes there, including the Chinese sturgeon listed as endangered with first class protection in China, the unique-looking arapaima, which originates from South America, and Chinese salamanders listed as endangered.”