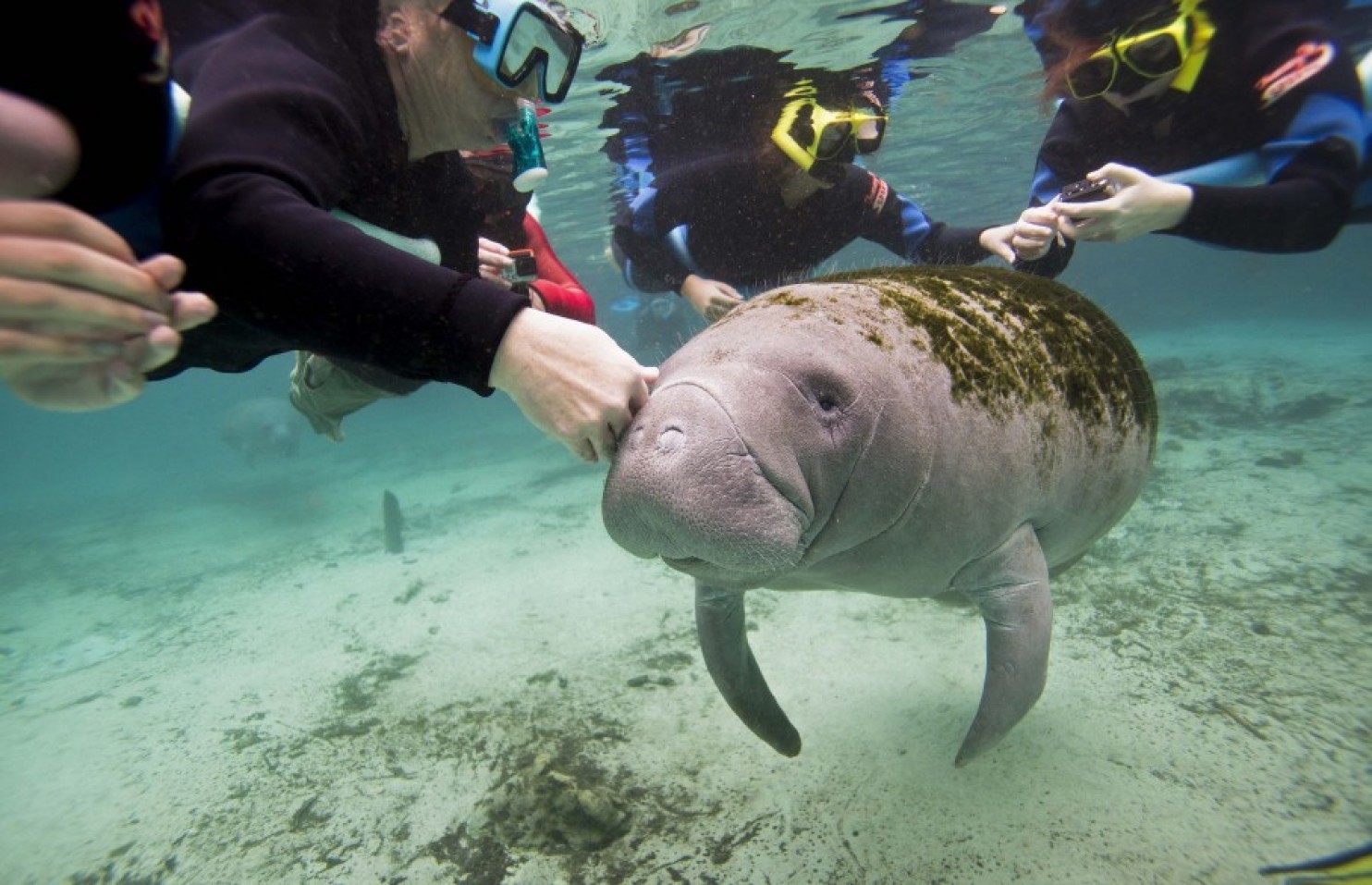 Manatee interaction looks gentle enough at Three Sisters Springs in the Crystal River National Wildlife Refuge. And I’m told the U.S. Fish and Wildlife Service who manage the refuge allow swimming and touching of manatees. However a lawsuit could be looming for the U.S. Fish and Wildlife Service from a group who calls itself the Public Employees for Environmental Responsibility [PEER].

This group says they are very upset about tourists swimming, snorkeling and touching the endangered marine mammals as they take winter shelter in the warm spring fed waters at Three Sisters Springs. The U.S. Fish and Wildlife Service have until May to respond to the group.

Laura Dumais, counsel for PEER said, “Swim with programs significantly impair these endangered animals’ essential behavioral patterns, including breeding, feeding, and sheltering.” Dumais continued, “Some people have a hard time understanding this connection, because they don’t see manatees keeling over before their eyes; they might think that the manatees don’t seem to mind.”

Andrew Gude, manager of the Crystal River National Wildlife Refuge said, “The manatee is actually a success story. Their numbers are going up, the population is going up. Tourism has also gone through the roof. You can rent a car and for $40 you can swim with a mammal that will never rip you apart. The reason the service has been so supportive is that when people see the manatees and get in the water with them, in a lot of ways it changes their lives and they’re a lot more conservation-minded.”

Manatee season in Florida runs from November 15th to March 31st. It’s during these months we manatees head to warmer waters because we’re warm-blooded. We can’t tolerate water temperatures much below 68 degrees Fahrenheit. So we’ll retreat to Florida’s warm springs, which stay at a balmy 72 degrees Fahrenheit all year. As a result, thousands and thousands of tourists from all over the world come and navigate to where we’re keeping warm. I heard that 327,000 visitors came to Crystal River in 2014. That made the Crystal River refuge the 5th most popular tourist destination in the nation! Yeah – I know we manatees are very adorable!

Now here’s is the argument coming from PEER…

During manatee season hundreds of thousands visitors head for the spring waters of the refuge to swim, snorkel, kayak, and get a photo with us. PEER has studies showing the narrow channels turn into traffic jams of people. As a result, some manatees would rather stay out in the bone chilling Gulf of Mexico and risk the lethal cold than to interact with the visitors.

Laura Dumais said, “It is the behavior that doesn’t happen that’s problematic – the manatees that see swimmers crowding the run and don’t enter the spring.”

Actually Crystal River management did not adopt what PEER is asking for, however, they will close the springs to tourists when very cold weather invades, so manatees can enjoy the spring’s warmth. They also expanded an important area where humans can no longer enter and touch manatees.

While it’s true that our population is slowly growing, we manatees are by no means out of the woods yet. Why? Because we are extremely sensitive to extreme cold weather, red tide, and boat collisions. As a result, our population count can crash in an instant! Here’s an example for you…

In 2010 we had a record of 766 manatee deaths. However, in 2013 that record was smashed with an unprecedented 830 manatee deaths. There was a large red tide breakout that contributed to this sad statistic in 2013. Then in 2014 manatee deaths were recorded at 371. So yes, we are very sensitive marine mammals!