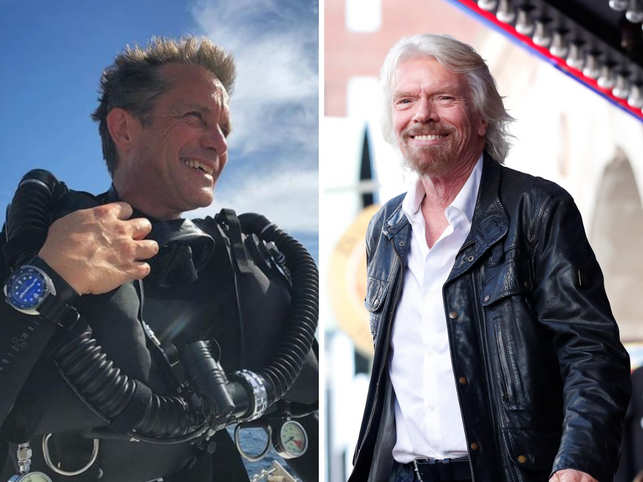 Greetings! I have some awesome news to share with you! Fabien Cousteau, aquanaut, ocean conservationist, and documentary filmmaker who helped children’s author, Robert Scott Thayer on my third title, Kobee Manatee®:Shipwreck Sea Friends, will be exploring Belize’s Great Blue Hole with Sir Richard Branson on Sunday, December 2, 2018. And their historic dive will be broadcast LIVE on the Discovery Channel! Fabien Cousteau is the oldest grandson of legendary ocean pioneer, Jacques Cousteau. And Sir Richard Branson is a very successful English businessman, investor, author and philanthropist. He founded the Virgin Group.

What is the Great Blue Hole?

The Great Blue Hole is circular in shape and is located approximately 46 miles off the coast of Belize. It is the world’s largest natural formation of its kind and it is part of the huge Barrier Reef Reserve System, a UNESCO World Heritage Site.The hole itself measures approximately 984 feet across and some 410 feet deep. 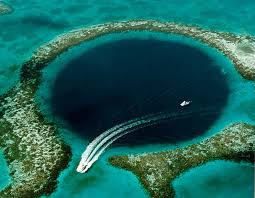 The Great Blue Hole is about 410 feet deep and measures approximately 984 feet across. Divers have reached its bottom previously however; the total darkness and the difficult conditions down there severely limited their ability to collect scientific data.

The Great Blue Hole is the largest sea sinkhole in the world. As a result, it is one of Belize’s main tourist attractions. The hole was actually a submerged cave, which formed over a period of tens of thousands of years ago during past ice ages when the sea level was an astonishing 100-120 meters lower than it is today.

As time went on, runoff from glaciers dissolved the rich limestone ground, which formed sinkholes with extraordinary caverns below. These cavern roofs eventually collapsed, creating extremely deep holes. And as the glaciers from the ice age continued melting, the deep holes in the ground became filled with water, creating the phenomenal blue holes of today.

On December 2, 2018, the Discovery Channel will air the live broadcast of the historic Great Blue Hole dive with the elite exploration team of Fabien Cousteau and Richard Branson. This dive will only be the second documented for exploring the Great Blue Hole’s depths. The first dive was back in 1971, when Fabien’s grandfather, legendary ocean pioneer, Jacques Cousteau navigated his research vessel Calypso there and recorded it.

And now, just about 50 years later, Cousteau’s oldest grandson Fabien Cousteau is returning to the mysterious site with Richard Branson along with a team of researchers. “Geologically speaking, it’s a really cool formation,” Fabien Cousteau told DailyMail.com. “And it’s an interesting phenomenon because they’re very rare. [My grandfather] brought Calypso into the Blue Hole and sent divers and his submersible, but it was 1960s technology,” Fabien explained.

Now, with this historic event about to take place, a team of divers and research scientists for the first time will be able to do a 3D scan of the hole, including “a sonar scan of the interior using military-grade technology. The hope is that the information will shed more light on how climate change has impacted the planet over the course of millennia.”

Fabien Cousteau said, “There’s a lot of discoveries left to be had there, including finding the sediment, looking at the variations in the walls, the oxygen and CO2 content…there’s a whole laundry list of things that we are going to be doing there that haven’t been done yet.”

The Fabien Cousteau Ocean Learning Center (OLC) was founded in 2016 as a 501(c) (3) by world-renowned oceanographic explorer, conservationist and documentary filmmaker, Fabien Cousteau to fulfill his dream of creating a vehicle for positive change in the world. Here is the historic Mission 31 Adventure told by the OLC…

“In June 2014, Fabien Cousteau and his team of aquanauts embarked on Mission 31, the longest science expedition to take place at Aquarius, the world’s only underwater marine laboratory, located nine miles off the coast of the Florida Keys, and 63 feet beneath the sea. Fabien’s epic Mission 31 expedition broke new ground in ocean exploration and honored the 50th anniversary of his grandfather, Jacques-Yves Cousteau’s original 30-day underwater living experiment known as Conshelf Two, that was featured in his Academy Award winning film for Best Documentary Feature, “World Without Sun.”

Fabien’s team was able to go deeper, longer and further, with Mission 31 while broadcasting each moment live on multiple channels exposing the world to the adventure, drama and mystique of what lies beneath. For 31 straight days, 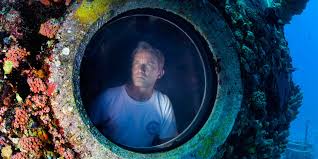 Fabien and his team kept the importance of the ocean in the news, classrooms, businesses and homes worldwide. As a result of Mission 31, three years of scientific research were captured resulting in at least 12 scientific published studies; more than 70 virtual sessions were completed as a part of the mission’s STEAM-themed (Science, Technology, Engineering, Arts & Mathematics) Skype in the Classroom program reaching over 100,000 children on all six continents; and more than 30 billion media impressions were made, to date, keeping the entire world engaged on the importance of the human-ocean connection.”

Now on December 2, 2018, Fabien is returning to the same site (The Great Blue Hole) where his grandfather visited some 50 years ago. However, this time the team is equipped with state-of-the-art technology, which could easily shed more light and explain the mysteries of this historic place. 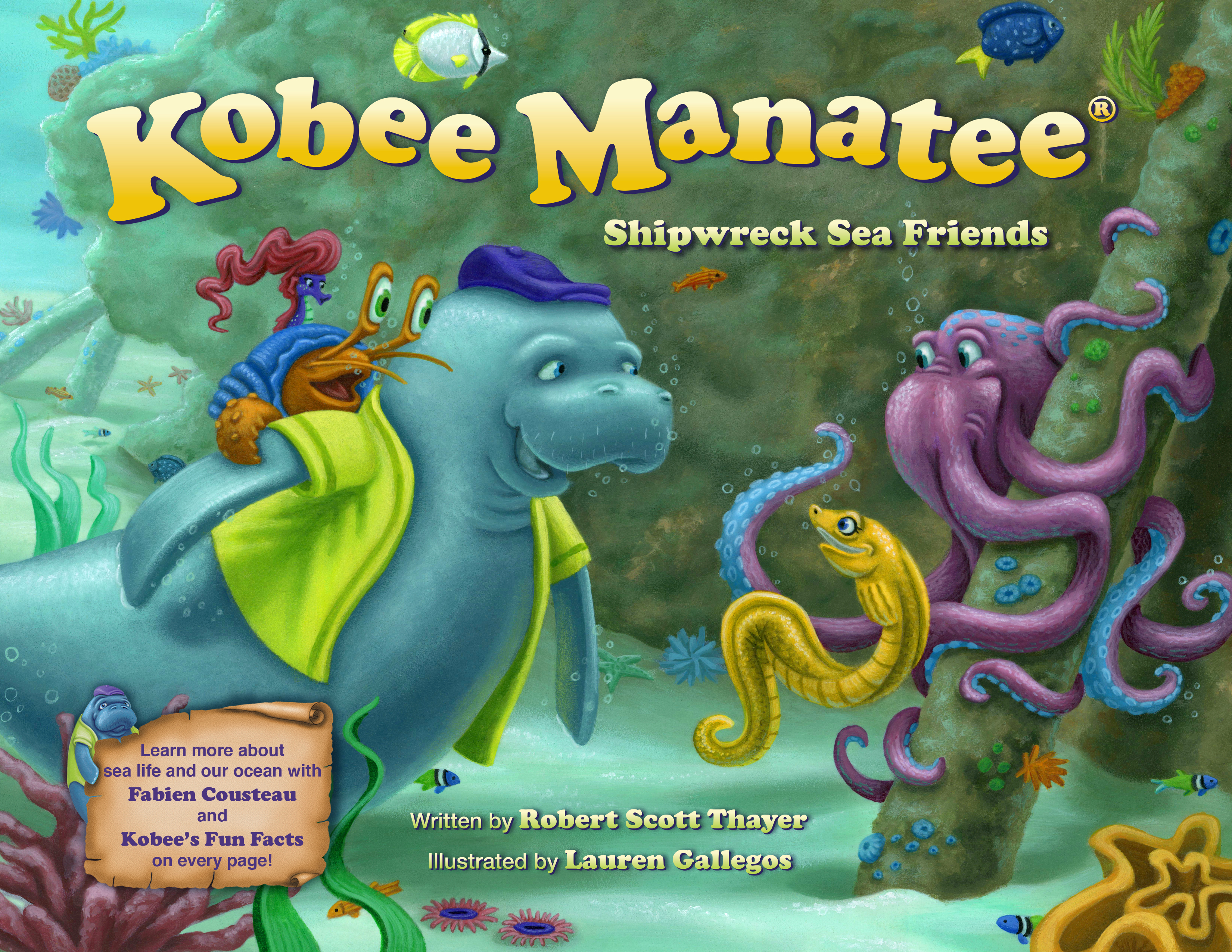