Due to Evolution Manatees lose Protection from Pesticides? 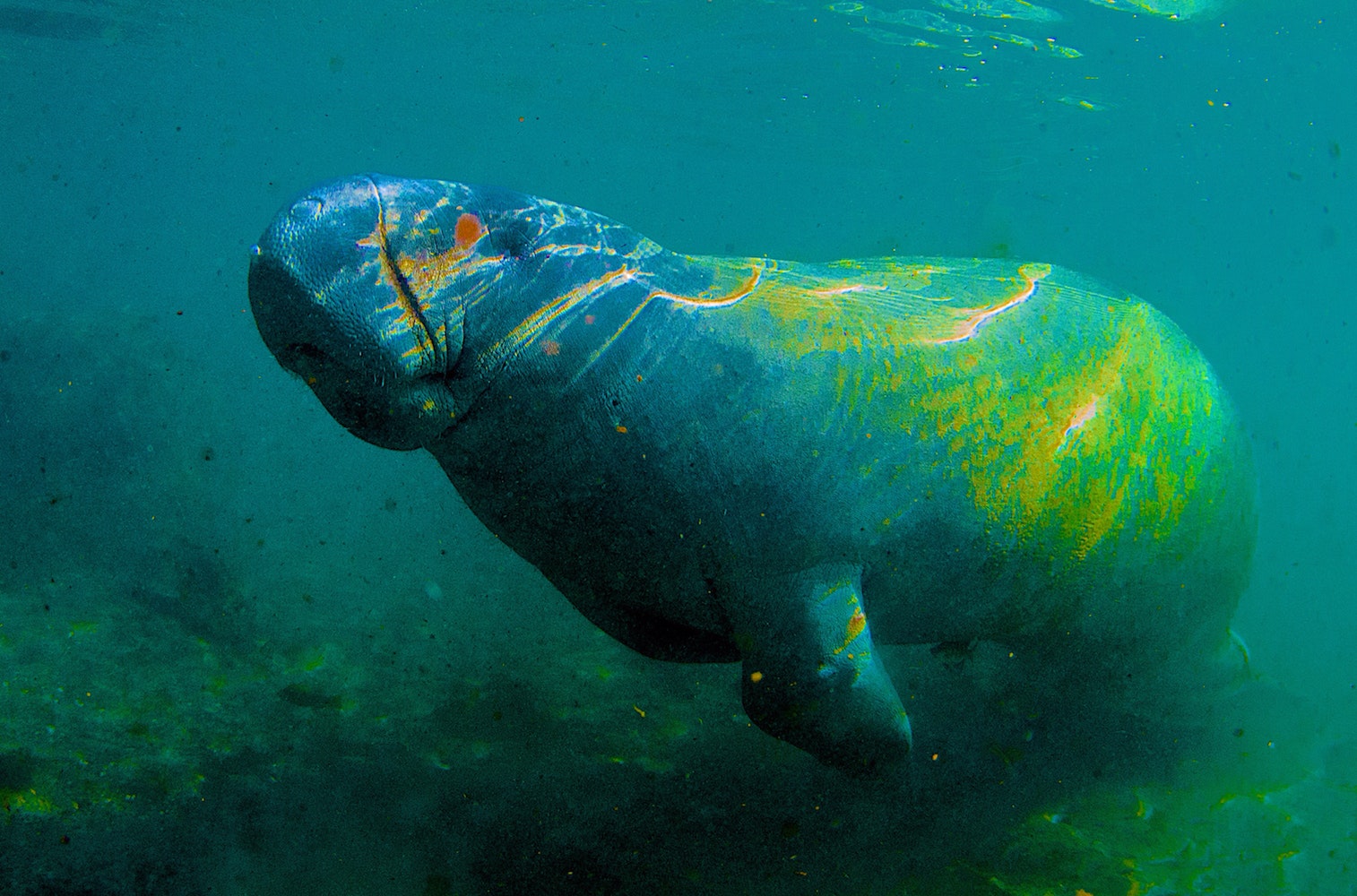 Prism light from the sun falls on a Florida manatee. Unfortunately, evolution leaves it and other marine mammals defenseless targets of pesticides, herbicides and insecticides. Photo courtesy: Jay Campbel/Getty Images

Greetings! I have some sobering news for you regarding my manatee buddies along with many other marine mammals. According to an article in the journal Science, the evolutionary process has left us without a defense against pesticides, herbicides and insecticides.

The report states, “Animals that dwell in the light-rich zones, such as the upper ocean or on land, mostly require some sort of light-sensitive apparatus. Hence the eye has evolved independently in humans and cephalopods (octopus, squid, and cuttlefish). Similarly, wings evolved separately in birds and bats. These different lineages have converged on the same solution to environmental challenges, a process scientists call ‘convergent evolution’.”

However, these functions may not always be about gain. As the report explains, “Sometimes, when an organism transitions from living in one environment to another, physical characteristics that were once critical become redundant. This explains why so many subterranean and cave-dwelling species lose not only their sight but their eyes, too. They no longer have a function and are therefore not ‘selected for’ by evolution.”

This process is known as, “non-adaptive convergent trait loss.” Some additional examples include, the loss of “bitterness receptors in many carnivorous species – and the loss of the sense of smell in marine mammals.”

Unfortunately, the loss of smell is not the only loss marine mammals have experienced. According to the newest research by Wynn Meyer, computational biologist at the University of Pittsburgh, along with a team of American and Australian researchers, additional convergent losses have been found.

The article states, “The team compared the genomes of three marine mammal lineages, or clades, with those of terrestrial mammals, looking for genes that had lost function. What they discovered was that cetaceans (whales and dolphins), sirenians (manatees and dugongs) and pinnipeds (seals) have all lost the function of a gene called Paraoxonase 1 (PON1). By comparison, the 56 terrestrial species the team looked at all had intact and functioning PON1 genes.”

So what is this PON1 gene you ask? PON1 actually creates an enzyme that is associated in the oxidation of fatty acids. This gene also works “to break down a particularly toxic form of organophosphate that are the by-product of used pesticides manufactured by humans. In fact, PON1 is the organisms’ sole defense against them.”

It’s sad to say that these powerful neurotoxins are brought into the marine environments in large volumes via agricultural run-off. The authors of the report state that there are certain geographical areas of concern. These areas include “Florida in the US and Queensland in Australia, as sites with significant marine mammal populations which are showing elevated levels of organophosphate pollution.

The conclusion? “Where once PON1 was useless, it may now be crucial. Sadly, the return of selection pressure on the gene may take a terrible toll on marine mammal populations.” These include the vulnerable Florida manatee.