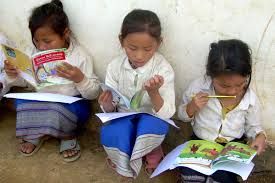 “There is more treasure in books than in all the pirate’s loot on Treasure Island.” – Walt Disney

Who doesn’t love to read and escape the difficult maze of reality? And when you read to a child the absolute joy of “fantasy land” is even more extraordinary for the both of you! It has been said many times over that one of the greatest children’s picture books ever written was; Where the Wild Things Are (1963) by Maurice Sendak.

Talk about escaping into a fantasy environment, the protagonist Max’s imagination was lit up by Sendak, as the youngster was punished and sent to his room without dinner by his mother. And here is where the fantasy begins …

According to psychologist Richard Gottlieb, Maurice Sendak’s classic picture book, “… is of particular interest to psychologists due to his strikingly unusual abilities to gain access to, and to represent in words and pictures, fantasies that accompany childish rage states.” Of course Max was extremely upset with the reality of his mother’s punishment and to offset this flood of emotions, Sendak had Max escape reality as he brilliantly morphed the child’s room into a unique forest.

Off in the distance Max travels in his personal boat to where the wild things are. He soon becomes their ruler and transitions into the wildest thing of all. At first, they all play, but as time goes on, Max tells them to stop and go to bed without any supper. Suddenly, Max finds himself extremely lonely as the king of wild things. He yearns for love and attention and soon finds himself back in his room. And the resolve? A very warm and delicious supper is waiting for him!

Dr. Gottlieb noted that children survive disappointments, losses and rage.” And it is this survival mechanism what Maurice Sendak clearly captured in “Where the Wild Things Are.” Gottlieb continued and explained, “The power of art, imagination and daydream allow children to turn traumatic moments into vehicles for survival and growth.” I would argue that this hold true for adults also.

So I would agree with Brian O’Doherty, former art critic for the New York Times who called Maurice Sendak, “… one of the most powerful men in the U.S.” because of his ability “to give shape to the fantasies of millions of children – an awful responsibility.”

So in a career that lasted over four decades with the creation of more than seventy books, selling in the tens of millions, Maurice Sendak was actually surprised at the acclaim and awards he has won.

In accepting the very prestigious Caldecott Medal for Where the Wild Things Are, Sendak said, “From their earliest years, children live on familiar terms with disrupting emotions … They continually cope with frustration as best they can. And it is through fantasy that children achieve catharsis. It is the best means they have for taming Wild Things.”

So look forward to that precious story time … sit down and read to the child and before you know it you’ll both enjoy escaping into that wonderful fantasy environment that is oh so rewarding!