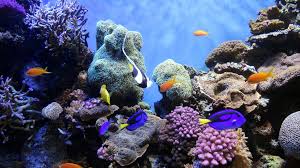 Warm greetings to you! In this blog I’d like to talk about the very important Belize Barrier Reef Reserve System (BBRRS). It just so happens that the coastal area of Belize holds the largest barrier reef system in the northern hemisphere and the second largest reef system in the world! The BBRRS has several hundred sand cays, along with mangrove forests, estuaries and secluded coastal lagoons. In fact, the BBRRS was inscribed as a United Nations Educational, Scientific and Cultural Organization (UNESCO) World Heritage Site in 1996. This reef system is made up of seven sites, which document its evolutional history. Additionally, the BBRRS contains a significant habitat for threatened ocean species including manatees, marine turtles, and the American marine crocodile.

The BBRRS and Its 7 Protected Sites

The Belize Barrier Reef Reserve System is made up of seven protected areas, which include… 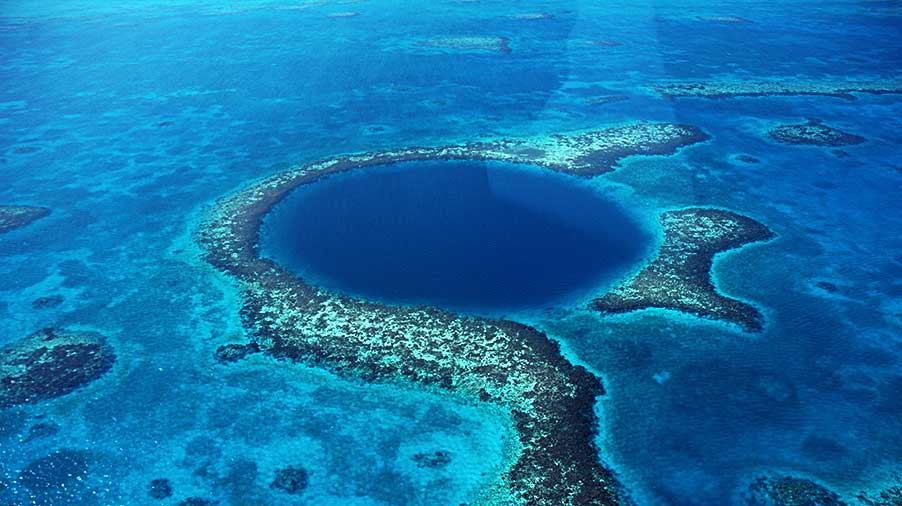 It happens to be the world’s largest blue hole in the ocean. And it was Jacques Cousteau who uncovered the secrets of the mysterious Blue Hole to millions of viewers in 1971 via his television series, The Undersea World of Jacques-Yves Cousteau. Today dive boats bring enthusiastic explorers to discover some of Blue Hole’s mysteries on their own.

3. Half Moon Caye Natural Monument (HMCNM) – The (HMCNM) is located at the southeast corner of Lighthouse Reef Atoll. The Lighthouse Reef Atoll is the farthest from the mainland when comparing Belize’s three atolls. Inside this reef is an extraordinary lagoon containing hundreds of coral patches. The (HMCNM) is known for its very high density of different corals and fish species.

4. South Water Caye Marine Reserve (SWCMR) – The (SWCMR) consists of 117,878 acres and is the largest Marine Reserve in Belize. You will find the (SWCMR) about 15 miles southeast of Dangriga, Belize. This reserve has a diverse blend of coastal and marine habitats including; rare littoral forests, mangroves, seagrass beds for manatees, along with a diverse area of coral reefs.

5. Glover’s Reef Marine Reserve (GRMR) – This is a remote atoll off the coast of Belize. Now here’s where this gets interesting. Scientists from both the United States and Belize studied the Caribbean Reef Shark in(GRMR) for 5 years. They used baited underwater cameras called, “chum cams.” What they found during the study was that the Caribbean Reef Shark balanced the delicate ecosystem in (GRMR). This is because the sharks preyed upon the weak and the sick. They also kept the overpopulation of species living in (GRMR) balanced. This may also be great news for coral reefs! Why? Because scientists are now recording data that conservation of this shark species may have additional positive impacts on the threatened coral reef systems. This important predator and its conservation could very likely lead to healthier oceans!

6. Laughing Bird Caye National Park – This caye is the southern most island in the Belize Barrier Reef Reserve System. In fact, it is located just 11 miles off the coast of Placencia Village, Belize. This long and narrow isle sits on an elongated ridge of reef, which in known as a faro. Just like and atoll, a faro is rather steep sided and encloses a central lagoon. This caye is very unique because of an abundance of different varieties of coral and marine life. The Caye received its name from the Laughing Gull.

7. Sapodilla Cayes Marine Reserve. – There have been several occasions where offshore exploration along with navigational errors caused grounding on the reef. As a result of these events, it was added to UNESCO’s (United Nations Educational, Scientific and Cultural Organization) list of World Heritage Sites that are in danger in 2009. And now – due to the delicate balance of the BBRRS, on December 1, 2015 the Government of Belize put a ban on offshore exploration along the entire reef system and also within all 7 of these World Heritage Sites.

The BBRRS is said to be the most pristine reef ecosystems in the Western Hemisphere. In fact, Charles Darwin referred to the BBRRS “as the most remarkable reef in the West Indies.” Additionally, the BBRRS contains approximately 450 sand and mangrove cays. As a result, the BBRRS serves as a very important habitat for these endangered and threatened species…

If you are in Belize and see a sick or injured manatee, please contact Wildtracks at +501 650 6578. Here is a link to the Wildtracks site…