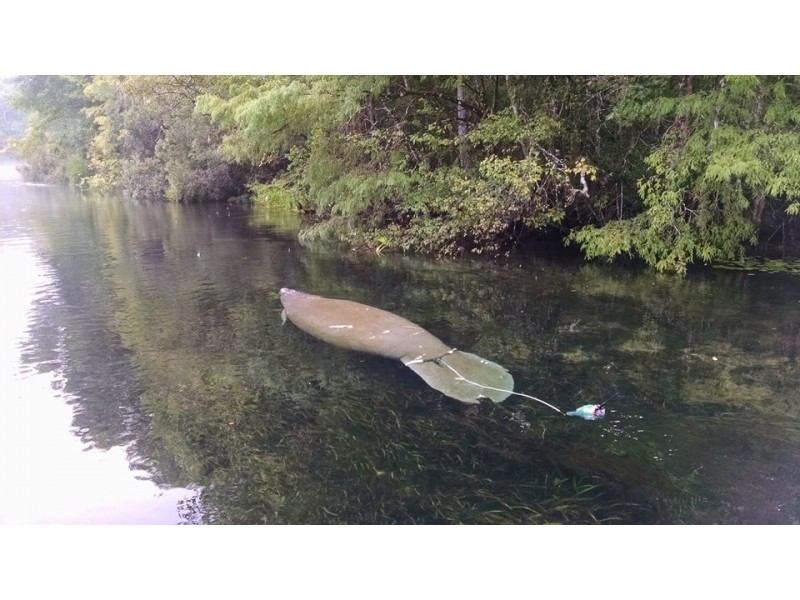 I just heard everyone is still searching for 2 manatees still missing in Florida. The name of the first manatee unaccounted for is Stokes. In May, the Florida Fish and Wildlife Conservation Commission posted on their facebook page about Stokes. They said he most likely lost his tag and he was believed to be swimming in the area of Ortega River.

Diane Hirth, the FWC spokesperson said, “Stokes hasn’t been spotted since May 31. Even so, his tracking belt was found in the middle of the St. Johns River on June 4.”

Now – swinging over to Florida’s west coast, everyone’s keeping their eyes out for Bernie. She only has 1 flipper and Bernie is approximately 8 feet long, weighing in at 875 pounds. Just like Stokes, Bernie has had her tracking tag come off, or broke it.

The non-profit organization, Sea to Shore Alliance located in Sarasota, is attempting to find both Bernie and Stokes. They recently put out a media release to the public stating, “It is very important that citizens not touch the manatee or its tag. The tag is harmless to the animal and removing it can actually comprise the animal’s well-being.”

The estimated cost for Burnie’s tracking gear is in the neighborhood of $5,000. Burnie’s flipper amputation in 2013 resulted from her getting it caught in a crab trap. She was transported to the Lowry Park Zoo located in Tampa for her rehabilitation. Burnie spent one year there and then in January 2015, she was released into the Orange River.