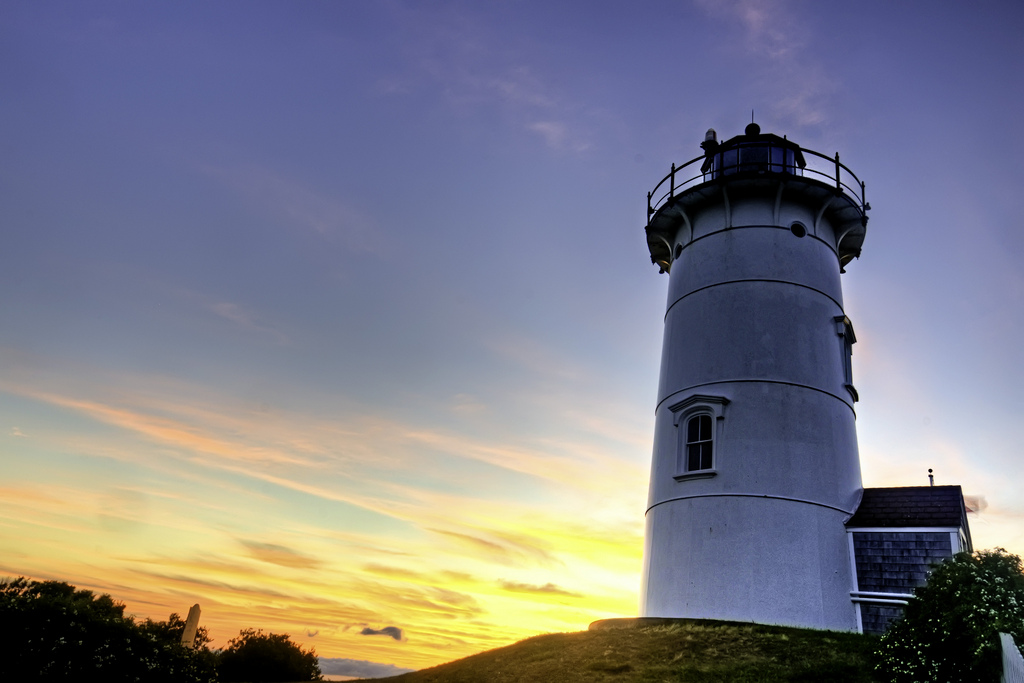 Nobska Point Lighthouse at Woods Hole in Cape Cod, Massachusetts. Since the Cape is located some 40 miles out into the Atlantic Ocean, it has one of the best views on ocean life of any place on the East Coast!

Greetings! Did you know that Cape Cod is becoming more of a wildlife destination?  Well, you may already know that yours truly adventured up to Cape Cod from Blue Spring State Park in Florida. And at the end of August, one of my manatee buddies was spotted several times in Cape Cod near Chatham, Massachusetts. Ms. Erin Burke, aquatic biologist with the state Division of Marine Fisheries protected species program said, “The few manatees that do come here are at the furthest extreme of their range and don’t have any food unless they come across the occasional patch of sea grass.” Hopefully, my manatee pal is now heading back home to Florida before the water temperatures fall too much or it could die from the cold!

Clearly, it’s not only my manatee buddy who’s been visiting Cape Cod this summer, it’s also great white sharks! In fact the increase in spotting great white sharks over the past decade in Cape Cod is nudging it a step closer for one to have a wilderness experience there instead of experiencing a vacation destination. Additionally, this summer Cape Cod beaches had several closings due to great white shark sightings. One great white actually came within 5 feet of the shore!

Mr. Greg Skomal, lead shark researcher for the state Division of Marine Fisheries said, “I think the white shark does highlight the wild nature of the Cape Cod environment. Folks want to see the sharks and hear about them. To these people, it gives them a good feeling, it shows them there are merits to conservation, even if it takes decades.”

With the exception of only a handful of areas around the world, it is very rare indeed, for one to experience a great white shark sighting. The issue of public safety quickly comes to mind when talking about great white sharks. Especially since they have been lurking only 5 feet off the coast of Cape Cod. As a result, officials who were helped by the Atlantic White Shark Conservancy, which is a nonprofit, explained “…education offers a measure of protection for people and sharks, highlighting the Cape’s unique situation while emphasizing personal responsibility.” The conservancy has a new shark app which now has more than “40,000 subscribers.” The beauty of this app is that it educates its subscribers on the importance of the ecosystem and the great white. In addition, it updates subscribers on any new shark sightings.

Visitors to Cape Cod can upload photos, and videos of sightings on the app. In fact, last summer several hundred people helped rescue “two beached great whites, in Chatham and Wellfleet.” Greg Skomal said, “With predictable access to (Atlantic) white sharks, which occurs really only on Cape Cod, we have, for the first time, the means to study their life history and natural history, and we are pretty lucky to be in that position.” It’s the location of Cape Cod, where it sits some 40 miles out into the Atlantic, which makes “the Cape one of the best views on ocean life of any place on the East Coast.”

Take a Walk on Cape Cod’s Wild Side!