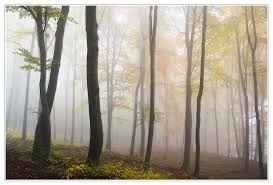 Expanding “Ghost Forests” are now haunting the entire coastline of the mid-Atlantic region because of rising sea levels caused by climate change.

Greetings! Sure … I know Halloween is less than 3 weeks away, but expanding ghost forests in the mid-Atlantic region are not at all part of the holiday – rather they are caused by climate change! That’s right – rising sea levels due to climate change are killing forests, in particular, cedar trees near the mid-Atlantic coast.

It is our forests, which provide habitat and also protect against global warming. However, our precious forests are decreasing on a global scale. Why? Because of fires, disease, and land clearing used for human development. Now – it is ghost forests showing dramatic evidence of rising sea levels, which is another cause of deforestation. It is these increasing dead forests, which are becoming more and more common along coasts of the mid-Atlantic. And the rising sea level poison that is actually getting into their root systems is salt!

Jennifer Walker explains, “As you have sea level rise, you get saltwater intrusion further upstream. The ‘visual impact’ of the dead trees could be useful for communicating sea level rise to the public.” She continues, “Seas are rising worldwide because of the warming effects of greenhouse gas pollution from fossil fuels and farms.” Scientists predict several feet of sea level rise for this century because climate change is accelerating. They explain that, “This rise will inundate infrastructure, homes and ecosystems.” So it is paramount that we switch to clean energy, protect our forests, and revamp farming and transportation systems to curb and hopefully stop the inundations ahead!

Research shows that the “mid-Atlantic is sinking faster than nearly anywhere else. The Gulf Stream has been shifting northward, bringing warmer water to the region, accelerating sea level rise. Meanwhile, groundwater pumping and natural geological processes are causing lands to sink.” Walker explained, “High tides rose here [New Jersey] by several inches during a recent decade. That was more than three times faster than the average rate of sea level rise worldwide…” Ms. Walker is part of a research team studying the ghost forests along the estuaries of southern New Jersey, accessing research sites using both trucks and kayaks. Unfortunately, similar ghost forests have now been documented in Canada and Louisiana.

As more news comes out on this subject, I’ll be sure to include it in my blog.