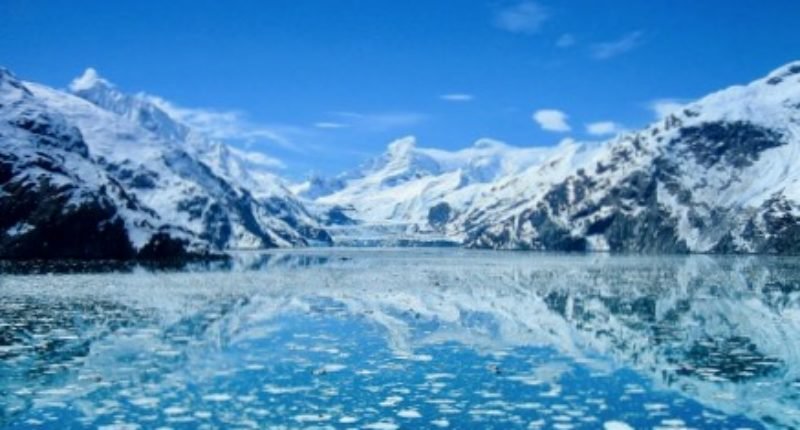 Greetings! I have some more sobering news for you regarding the ever-increasing evidence of climate change.  According to the American Geophysical Union, “Glaciers in an Alaskan National Park are melting faster than any time in the past 400 years.”  Scientists gathered statistics and tested ice core temperatures at the summit of Mount Hunter at Denali National Park.

Their tests revealed that, “summers are between 2.2 to 3.6 degrees Fahrenheit warmer than they were during the 18th, 19th, and early 20thcenturies.”  Their report continued and said, “Due to the warmer climate, 60 times more snow is melting on Mount Hunter than it did during the summers 150 years ago. Since then, much of the world has become industrialized causing more greenhouse gasses to be released into the atmosphere. Over the last century, the set of mountains in southern Alaska, known as the Alaska Range, has been quickly hearting up.”

According to the Journal of Geophysical Research: Atmospheres, “Now more snow melts at the site than in any time in the past four centuries.”And adding in a previous research study, which shows that “the tropical Pacific Ocean has heated up over the past 100 years,”the [research] authors were able to link this study to the now rapidly melting glaciers of Mount Hunter.

So as these Arctic temperatures continue creeping up, researchers fear that, “the mountain glaciers my overtake the melting of their sea level counterparts. This stability of mountain glaciers in general is important because they are a source of fresh-water for densely populated areas around the world. Melting glaciers also contribute to rising sea levels, which can devastate coastal habitats.”

The lead author of the study, Dominic Winski, a glaciologist at Dartmouth College said in a statement on the American Geophysical Union (AGU) website: “The natural climate system has changed since the onset of the anthropogenic era.”And this statement is extremely important. Especially with the definition – “The anthropogenic era defines Earth’s most recent geologic time period as being human-influenced. It is based on overwhelming global evidence that atmospheric, geologic, hydrologic, biospheric, and other earth system processes, which are now altered by humans.”

As more news continues to break on the subject of climate change, I’ll be sure to blog about it for you!

If you see any sick or injured manatees, please call the Florida Fish and Wildlife Conservation Commission at: 1-888-404-FWCC.  They are the folks who are responsible for rescuing us in Florida.

Alaskan Glaciers Disappearing Faster Than Any other Time within last 400 Years!