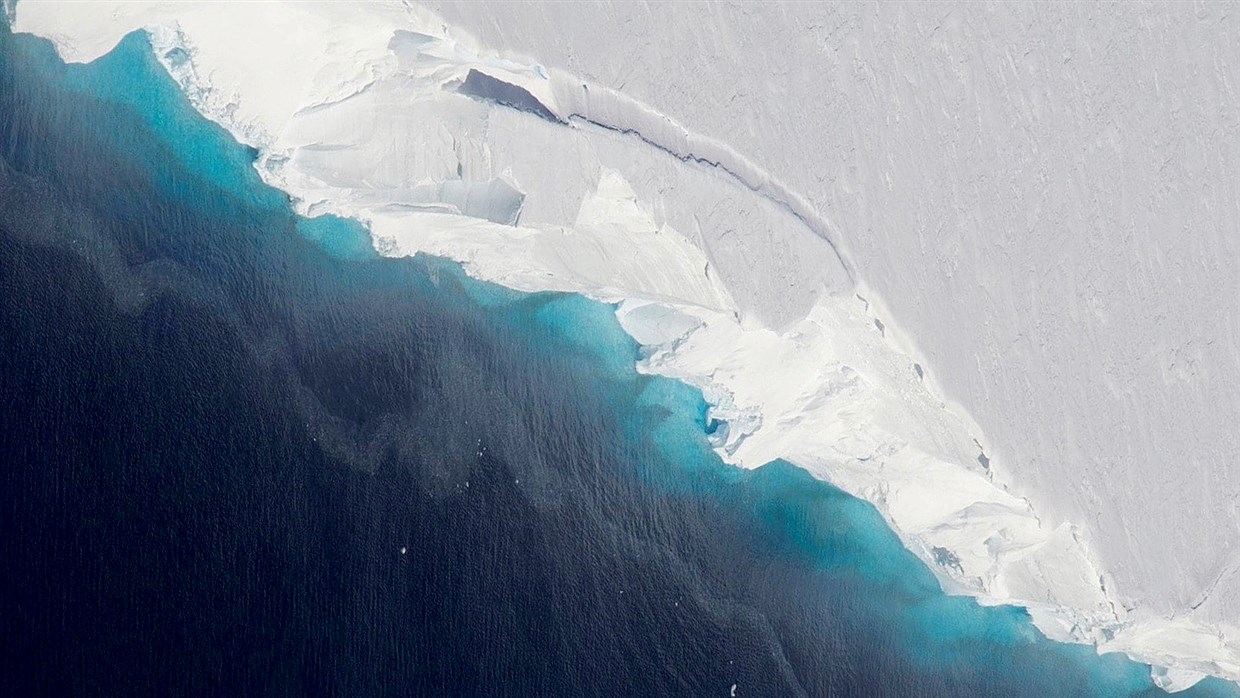 An incredibly large cavity is now growing at the bottom of the Thwaites Glacier in West Antarctic, according to a new NASA report.             NASA/OIB/Jeremy Harbeck

Greetings! I have some sobering news for you concerning climate change. According to the analysis of data collected from both Italian and German satellites, along with a NASA program called Operation Icebridge (a program where aircraft having ice-penetrating radar fly over polar areas to study their topography), recently discovered a huge area below an Antarctic glacier, where the “ice sheet is melting faster than anyone had realized.”

The report discloses,“The cavity under Thwaites Glacier in West Antarctica is about six miles long and 1,000 feet deep – representing the loss of 14 billion tons of ice.” The result? This adds more hard evidence of the “dire threat posed by rising seas to coastal cities around the world, including New York City and Miami.”

This extraordinary discovery is outlined in a recent paper published on January 30, 2019 in the journal Science Advances. In the report the researches expected to see a “significant loss of ice, but the scale of the void came as a shock.”

Pietro Milillo, a radar scientist at NASA’s Jet Propulsion Laboratory located in Pasadena, California, and the paper’s lead author said, “The size of the cavity is surprising, and as it melts, it’s causing the glacier to retreat.” Milillo continued and said, “The ice shelf encompassing the Florida-sized glacier is retreating at a rate in excess of 650 feet per year, and that most of the melting that led to the void occurred during the past three years.”

Ted Scambos, a senior research scientist at the National Snow and Ice Data Center in Boulder, Colorado said, “The Thwaites Glacier meltwater accounts for about 4 percent of the global sea level rise.”

If this loss of ice becomes extremely severe where Thwaites collapses, “something computer models predict could happen in 50 to 100 years, sea levels would rise by two feet. That’s enough to inundate coastal cities across the globe.”

The Thwaites Glacier discovery of the huge cavity comes as Scambos and other American and British scientists are gearing up for a major new research initiative. “It will be a five-year International Thwaites Glacier Collaboration. This project will use robots and ocean weather stations, along with more than a dozen seals fitted with sensors designed to collect data about glacial ice and the surrounding water.”

The Thwaites Glacier is Quickly Disappearing!