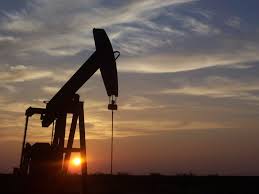 A Warm and Wonderful Happy New Year to you!  In this blog I’d like to talk more about the very important subject of Ocean Acidification and why the United Nations Educational, Scientific and Cultural Organization [UNESCO] has such an important role in educating the world about it!

UNESCO was founded in 1945, after the two world wars.  The important message of UNESCO is, “Peace must be established on the basis of humanity’s moral and intellectual solidarity.” As a result, UNESCO believes the nations of the world can enable this solidarity by…

What is Ocean Acidification?

I touched on this subject in a recent blog, however, I’d like to talk about the importance of ocean acidification again. According to UNESCO, “The Ocean absorbs approximately 26% of the CO2 added to the atmosphere from human activities each year, greatly reducing the impact of this greenhouse gas on the climate. When CO2 dissolves in seawater, carbonic acid is formed. It is this chemical reaction that leads to ocean acidification. Ocean acidity has increased by 30% since the beginning of the Industrial Revolution.”  The human activities contributing to ocean acidification include the burning of fossil fuels; oil, coal and natural gas.

How is Ocean Acidification a Threat to Coral Reefs and Marine Life?

Ocean acidity results in an increase in the amount of energy needed by small ocean organisms in making their carbonate shells. In some areas of the oceans, the increasing seawater acidity will make it impossible for these organisms to live. This will have a drastic effect on ocean ecosystems. As a result, tropical oceans will not be able to sustain coral reef growth. This will be devastating.  Why?  Because coral reefs are home to more species of fish, corals and other marine life than any other area of ocean habitat. Here is what UNESCO is saying about the increasing threat of CO2 and ocean acidification, “Coral reefs are the nurseries of the oceans, they are biodiversity hot spots. On some tropical coral reefs, for example, there can be 1,000 species per m². Their decline affects tourism, food security, shoreline protection and biodiversity.”

“Ocean acidification may have a strong negative impact on many plankton and zooplankton species that form the base of the marine food chain. Plankton is key to the survival of larger fish, and their decline may trigger a chain reaction through the marine food web. This will affect the multi-billion dollar commercial fisheries and shellfish industries, as well as threatening the food security for millions of the world’s poorest people. Ocean acidification, along with warming surface waters, may reduce the ability of the ocean to absorb CO2, leaving more CO2 in the atmosphere and worsening its impact on the climate.” 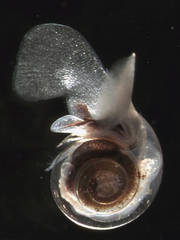 Photo © NOAA The Limacina helicina pictured here is a victim of Ocean Acidification [OC]. In normal circumstances, its shell would be thick. However, due to increasing CO2 levels in seawater, carbonic acid forms and eats away at its shell, which is now shown as thin and transparent.

What is UNESCO Doing About Ocean Acidification?

Because Ocean acidification is a relatively new field of study, science is still in the beginning stages of understanding the full impacts of elevated CO2 concentrations on a wide range of marine organisms. Scientists must still develop methods for examining the full ecosystem response to this serious environmental disrupter.

UNESCO is partnering with the Tara Oceans expedition, on a 3-year mission going around the world. Their mission is to gain an understanding about the nature and diversity of plankton and how it will be affected by climate change and acidification. UNESCO explains, “The impacts of plankton on life on earth are so broad that they are highly important for global human security; it is absolutely essential to get a better understanding of plankton ecosystems. The expedition is also collecting data on poorly explored coral reef ecosystems. The primary way to protect the ocean from the threat of ocean acidification is to reduce CO2 emissions. Business as usual scenarios for CO2 emissions could make the ocean up to 150% more acidic by 2100.”

So – as you can see, an increase in awareness and an understanding of Ocean Acidification is a major priority. Also, it’s a must for all of us to take part in reducing the devastating effects of CO2 emissions, which are paramount for the survival of not only manatees, but for the survival of everyone on the planet! Stay tuned for more of my blogs on this very important topic.