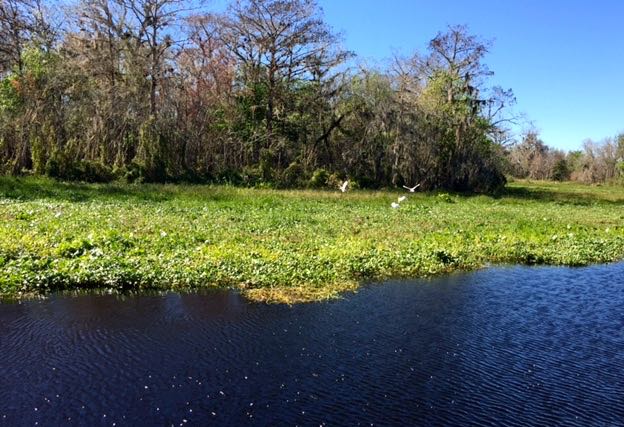 Greetings! I have some fascinating news for you today. And it comes from the scientific research paper, “Clarifying the role of coastal and marine systems in climate mitigation.” This paper includes contributions from the University of Maryland, Conservation International, IUCN, the National Center for Atmospheric Research, the Nature Conservancy, and Restore America’s Estuaries.

The paper talks about how scientists recently discovered our coastal wetlands, which include; mangrove forests, seagrass meadows and tidal marshes can act as “long-term carbon sinks, storing carbon in the plants themselves but more importantly in the soils below for hundreds to thousands of years.”

Additionally, the scientists explained “the same area of coastal wetlands can be more efficient as a carbon sink than most terrestrial forests.” How about that for some good news! In fact, “every year more policy and decision makers invest in ‘coastal blue carbon’ by using wetland conservation and restoration as a natural solution to meet international greenhouse gas commitments.”

The research from scientists has shown that, “kelp and marine wildlife are not long-term carbon sinks, only holding carbon for their lifespan, which may be weeks to decades.” The scientists continued and said, “Phytoplankton do represent a long-term carbon sink due to the sheer abundance of these small photosynthesizing plants, but our ability to impact the amount of carbon they remove from the atmosphere is limited. And, as phytoplankton and marine wildlife are found in the open ocean, they are not easy for national governments to manage.”

Even though these marine ecosystems are not the main powerhouse for carbon sinks, they however do “play a vital role in the carbon cycle of the ocean overall.” Additionally, these marine ecosystems provide invaluable services to people, which include; “coastal protection, habitat, food security, biodiversity and tourism income.” As a result of this research, these scientific findings concur that “the climate change mitigation effort of national governments should focus on coastal wetland ecosystems, which provide critical and manageable carbon sinks under existing climate policies and mechanisms.”

Of course the main issue here shows that as people continue moving into coastal regions, huge amounts of coastal wetlands are lost as demand for housing and other human activities increase. The result? The ecosystems “turn from net carbon sinks into sources of carbon, and much of the carbon stored in the soils beneath them is released back into the atmosphere and ocean.”

This is why it is paramount to conserving and restoring our coastal wetlands as we continue the war against climate change.

As more news comes out on carbon sinks and climate change mitigation, I’ll be sure to blog about it!