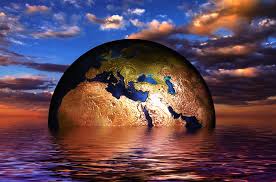 “In just eight years, we’ve halved our dependence on foreign oil, doubled our renewable energy, and led the world to an agreement that has the promise to save this planet. But without bolder action, our children won’t have time to debate the existence of climate change.” – President Barack Obama

Greetings! Today I want to talk about President Barack Obama’s final address on both live television and livestream on January 10th from Chicago. The President discussed the major issue of climate change in his official farewell address. He spoke proudly of the climate policies he has passed over his last eight years in office and explained the paramount importance for “bolder” action. The President said…

“Without some common baseline of facts; without a willingness to admit new information, and concede that your opponent is making a fair point, and that science and reason matter, we’ll keep talking past each other, making common ground and compromise impossible. …

Take the challenge of climate change. In just eight years, we’ve halved our dependence on foreign oil, doubled our renewable energy, and led the world to an agreement that has the promise to save this planet. But without bolder action, our children won’t have time to debate the existence of climate change; they’ll be busy dealing with its effects: environmental disasters, economic disruptions, and waves of climate refugees seeking sanctuary.

Now, we can and should argue about the best approach to the problem. But to simply deny the problem not only betrays future generations; it betrays the essential spirit of innovation and practical problem-solving that guided our founders.” – President Barack Obama

Climate change is real. It is here now…

NASA explained, “The current warming trend is of particular significance because most of it is very likely human-induced and proceeding at a rate that is unprecedented in the past 1,300 years.”  And it is from NASA’s satellites orbiting our earth, which have let scientists see the entire picture of climate change on a global scale.

“Our AMA … supports the findings of the Intergovernmental Panel on Climate Change’s fourth assessment report and concurs with the scientific consensus that the Earth is undergoing adverse global climate change and that anthropogenic contributions are significant.” – American Medical Association

2. Rise in Earth’s Surface Temperature – NASA has shown that “Earth has warmed since 1880.” The science agency goes on and explainsthat most of this warming happened since the 1970s. And the “20 warmest years have been recorded since 1981.” Adding to the alarm, NASA said the “10 warmest years [occurred] in the past 12 years.”

3. Warming Oceans – NASA explains, “The oceans have absorbed much of this increased heat, with the top 700 meters (about 2,300 feet) of ocean showing warming of 0.302 degrees Fahrenheit since 1969.”

“The Geological Society of America (GSA) concurs with assessments by the National Academies of Science (2005), the National Research Council (2006), and the Intergovernmental Panel on Climate Change (IPCC, 2007) that global climate has warmed and that human activities (mainly greenhouse‐gas emissions) account for most of the warming since the middle 1900s.” – The Geological Society of America

6. Glacial Retreat – Once again NASA details that “Glaciers are retreating almost everywhere around the world — including in the Alps, Himalayas, Andes, Rockies, Alaska and Africa.”

7. Ocean Acidification – Since the beginning of the Industrial Revolution, “the acidity of surface ocean waters has increased by about 30 percent. This increase is the result of humans emitting more carbon dioxide [CO2] into the atmosphere and hence more being absorbed into the oceans. The amount of carbon dioxide absorbed by the upper layer of the oceans is increasing by about 2 billion tons per year.”

8. Extreme Events – I recently blogged about July 2016 being the hottest month on record. NASA confirms, “The number of record high temperature events in the United States has been increasing, while the number of record low temperature events has been decreasing, since 1950. The U.S. has also witnessed increasing numbers of intense rainfall events.”

In conclusion, in looking at all the data given to us from NASA and other professional scientific associations and agencies, it is very evident that climate change is occurring right now and we all need to take responsibility for it.

Both Mr. Fabien Cousteau and I, Kobee Manatee are on a mission to make children and citizens of the world more aware of climate change. As more news on climate change comes out, I’ll be sure to blog about it for you!