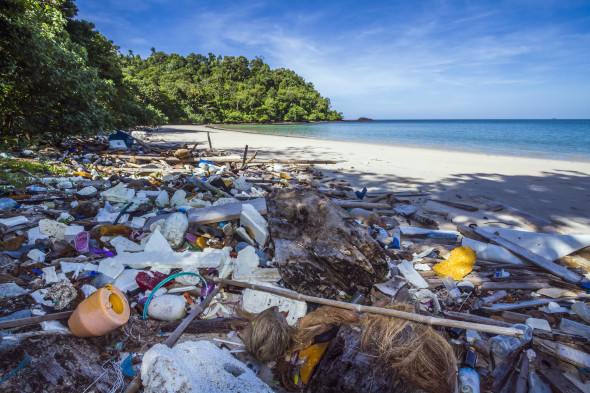 Greetings! Today, I thought I’d talk about “Clean Beaches Week,” which runs from July 1st through July 7th. It’s a time when our beaches are very vulnerable to large amounts of litter. In particular the accumulation of plastics! Dr. Beth Christensen, Director and Professor of Adelphi University’s Environmental Studies Program said, “Sometimes, [people] purposely leave them [plastics] behind. They’re done with their vacation, and they’ll leave them there rather than dispose of them.”

Mr. Rob Weltner, President of Operation SPLASH, said, “Typically, the week before [Independence Day] and for several weeks after, we do see and remove quite a bit of fireworks debris from our beaches, bay waters and salt marshes. Over the past three decades, the organization’s volunteers have collected more than 2 million pounds of trash and marine debris from the beaches and waterways of Long Island, New York.” Mr. Ken Beckstead, founder of Cigarette Pollution Solutions said, “The public brings couches they don’t want and abandon them on the beach after they watch fireworks. Paper, plastic, metal, discarded food, dirty diapers, umbrellas, broken chairs…they leave it all.”

According to the Ocean Conservancy, “Plastic, one of the worst types of coastal pollution, has been found in 62 percent of all seabirds, in 100 percent of sea turtle species and in 25 percent of fish sampled from seafood markets around the world.” Here is a sobering bit of news for you…

… Scientists now estimate that more than “8 million metric tons of plastic pollute the world’s oceans.” Ms. Kathryn Kellogg, blog curator of Going Zero Waste said, “Mostly all of our food is wrapped in this material. Plastic doesn’t biodegrade – it photodegrades, which means it never goes away, it only gets smaller and smaller.” Kellogg continued and said, “Plastic acts as a sponge, absorbing toxins present in the water. When sea creatures consume the plastic, those toxins are then released into their bloodstreams.”

Each year the Ocean Conservancy performs an International Coastal Cleanup and in 2016, its volunteers collected “more than 18 million pounds of pollution from coastlines around the world in 2016.” Their report explained that cigarette butts, which also contain a form of plastic, topped the cleanup list!

Ken Beckstead said, “The cigarettes that are left in the sand contain hundreds of chemical compounds that leach from the filters as soon as they get wet. These compounds have been found to be harmful to Daphnia, which are at the bottom of the food chain.”

Many coastal communities in the United States hold annual “fifth of July beach cleanups.” This greatly helps to restore their coastlines to their natural states after Independence Day celebrations. 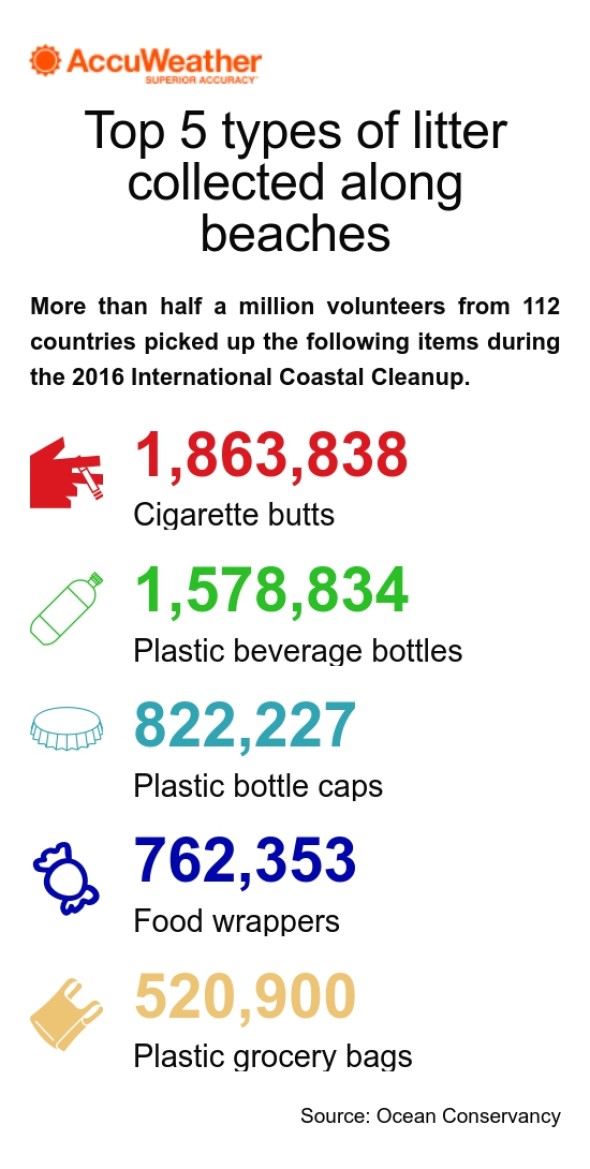 So when you visit your favorite beach, please take all your trash and plastic off the beach with you. This will make for a much better and greener environment for all of us!