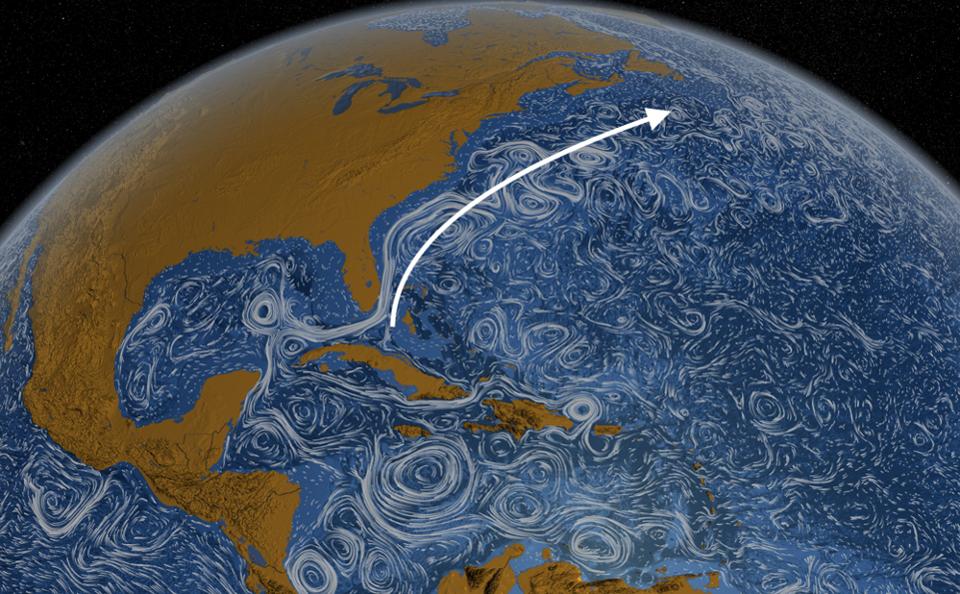 Greetings! I’d like to continue talking about the sobering subject of Climate Change and how it, most likely, is slowing our global ocean currents. A recent research team from Yale University and the University of Southampton found evidence that “Arctic ice loss is potentially negatively impacting the planet’s largest ocean circulation system.” The Atlantic Meridional Overturning Circulation (AMOC), which is one of the main driving systems in global ocean circulation, is slowing down.

The AMOC is one of the largest currents in the Atlantic Ocean and in the world. AMOC’s function transports the warm and salty water from the tropics north towards both the South and East of Greenland. This warm ocean current cools and then sinks because it is both saltier and denser that the surrounding fresh water. The warm Gulf Stream is one of the components of the AMOC.

How Does the Atlantic Meridional Overturning Circulation Work?

The AMOC is where warm ocean water is driven north into the Northern Atlantic Ocean where it then distributes its seawater on a global scale. The AMOC is an extremely efficient way that Earth can transport tropical heat up to the northern latitudes. This heat is then released into the atmosphere where it plays a major role in warming all of coastal Western Europe.

Now here’s what has scientists concerned…

There is growing evidence that a “cold zone” located in the Northern Atlantic is developing. And this cold zone most likely is the result of the slowing down of AMOC. So what would a slowing AMOC do to planet Earth? Scientists explain this would cause, “A slowdown in the planet’s ability to transfer heat from the tropics to the northern latitudes. The cold zone could be due to the melting of ice in the Arctic and Greenland. This would cause a cold fresh water cap over the North Atlantic, inhibiting sinking of salty tropical waters. This would in effect slow down the global circulation and hinder the transport of warm tropical waters north.” 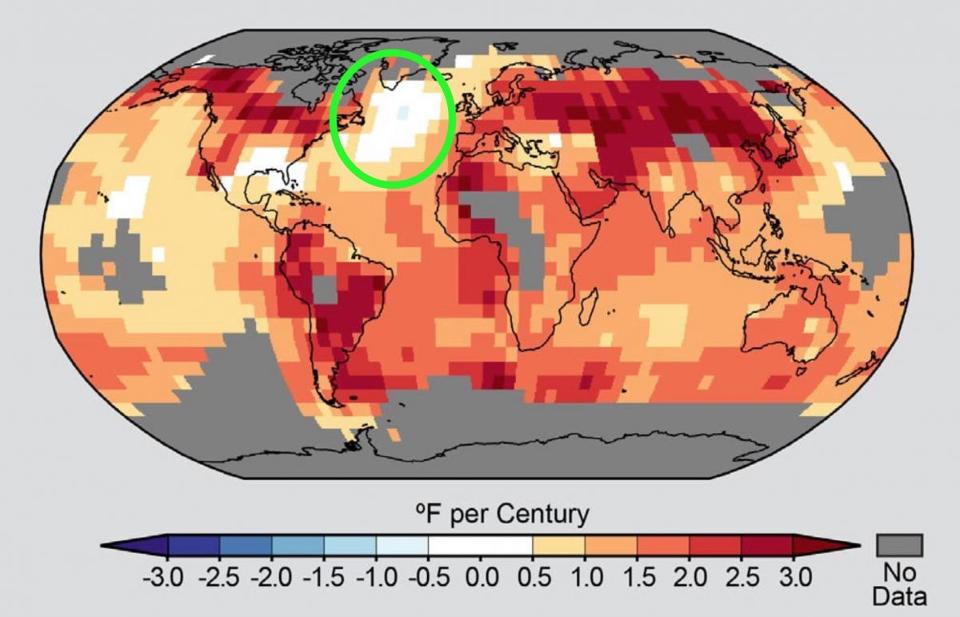 The green circle indicates growing evidence that a cold zone is forming in the northern latitudes, most likely the result of the AMOC slowing down.

It’s sobering to learn from the research scientists that the, “Melting of the Arctic sea ice has rapidly increased in the recent decades. Satellite image records indicate that September Arctic sea ice is 30% less today than it was in 1979. This trend of increased sea ice melting during summer months does not appear to be slowing. Hence, indications are that we will see a continued weakening of the global ocean circulation system.” It’s interesting to note that the movie “The Day After Tomorrow” had this same story arc where much of New England and Western Europe plunges into an ice age.

Is Global Ocean Circulation Slowing Due to Climate Change?