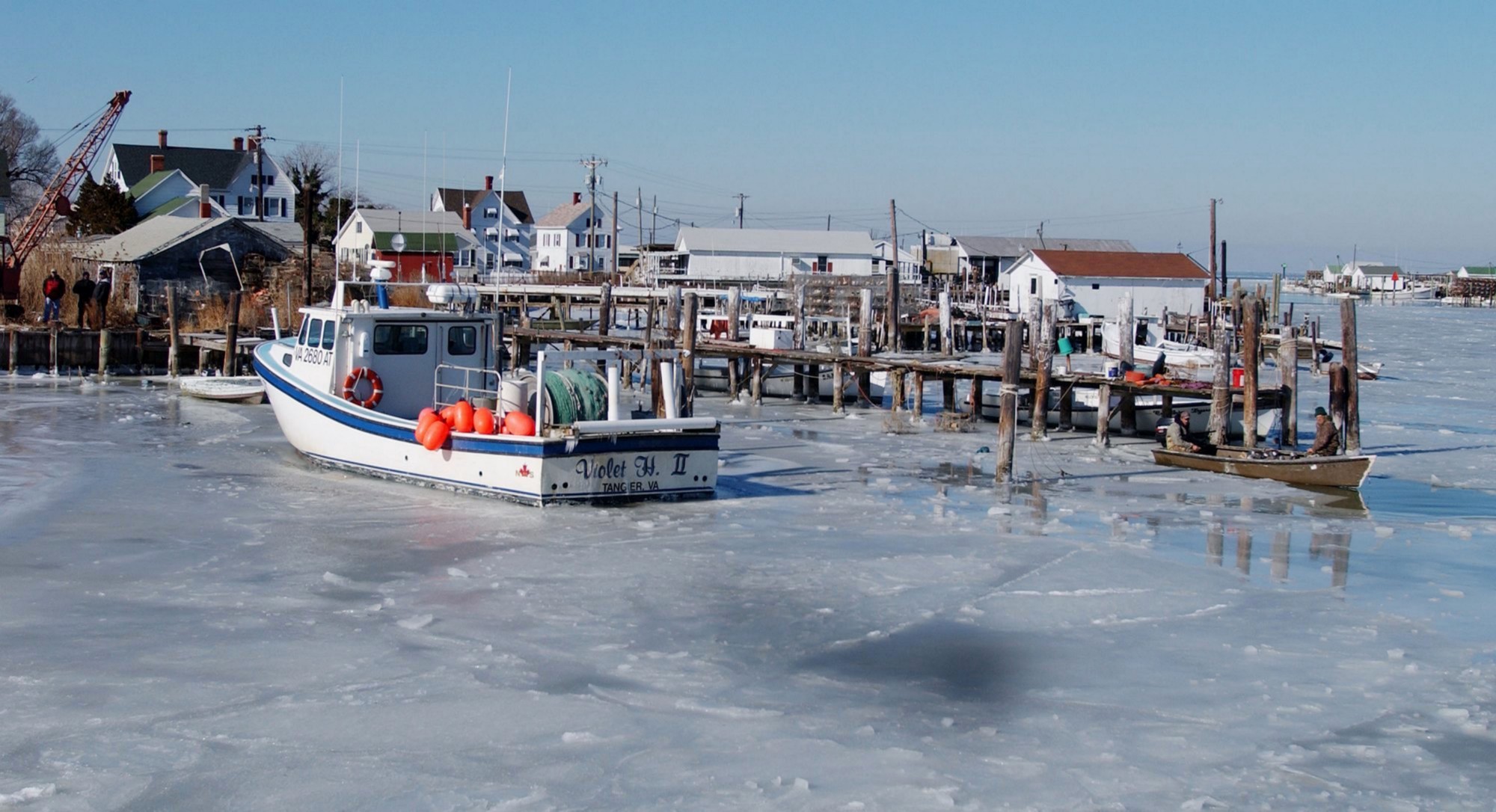 Tangier Island, VA is quickly disappearing into the turbulent and rising waters of Climate Change.

Greetings! If you want to visit a picturesque island before it’s completely underwater and wiped off the map, now’s the time to make your plans! Unfortunately, evidence is piling up where climate change is now claiming another one of its victims.

A 2016 National Geographic’s Must-See Top 20 Destination, Tangier Island, is quickly vanishing into the rising waters of climate change. This beautiful, quaint, and majestic island is located about 90 miles south of Washington, D.C. in the Chesapeake Bay. This haven was chosen from more than 34,000 submissions, placing Tangier Island in the same company as Bermuda, Greenland and the Philippines. Maggie Zackowitz, National Geographic Traveler Editor in Chief said, “This year’s Best of the World list truly represents travel’s superlatives.”

Virginia’s Tangier Island is about one mile wide, four feet above seal level and is being swallowed up by the encroaching waters of the Chesapeake Bay. Tangier’s official website calls the town an, “Unspoiled fishing village with quaint, narrow streets.” Business Insider describes the island community is, “Largely unknown…one of the most isolated and extraordinary places in the continental US.”

There are only around 500 residents on the island. They are tight-knit and very proud because many of them can trace their lineage all the way back to the original settlers of the Chesapeake Bay. It was John Smith who first explored the island in 1608. Then 80 years later, John Crockett and his eight sons settled on Tangier. And to this day, “Crockett” remains one of the island’s most common surnames.

Demographically, they are predominantly working class and have a median income around $40,000. Most island residents work as “watermen,” in the role of commercial crabbers or oyster fishermen. Others can be found working on the island’s dozen restaurants or its bed and breakfasts in the hospitality industry.

There’s only one way you can visit Tangier Island. And that’s by an hour and a half long ferry you can catch from the main coast. There’s a ferry out of Chincoteague, Virginia and there’s also one out of Crisfield, Maryland. So now is the time to put Tangier Island on your upcoming vacation plans because the island’s sinking and climate change scientists feel it will be completely “underwater within the next 50 to 100 years.” Here’s a history of Tangier’s disappearing act…

In the mid-1800s, the island totaled 2,062 acres. They by 1997, the land mass decreased to 768 acres. As of the writing, “two-thirds of Tangier’s land mass is depleted. Business Insider explains, “the island loses nine acres of land every year to climate change-related causes, like erosion and rising tides.”