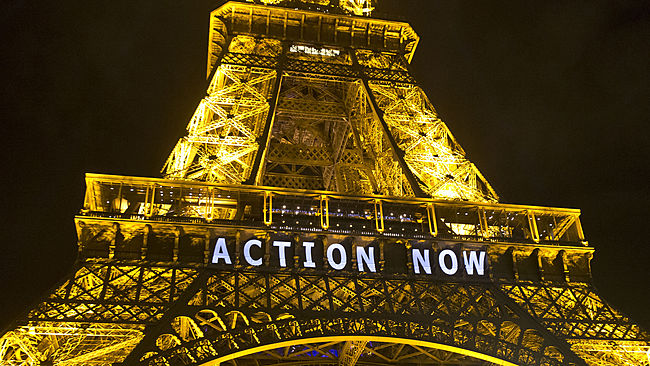 I am thrilled that today, Earth Day, we are having 155 nations sign the historic Paris Agreement at the United Nations headquarters in New York!  This is absolutely fantastic news about finally putting the brakes on manmade global warming! Mr. David Waskow, Director of the International Climate Initiative at the World Resources Institute said, “It clearly demonstrates the degree of support internationally for moving forward on climate.”

U.N. Secretary General Ban Ki-moon is directing the signing event. And as a result, this will most likely make it possible for the Paris Agreement to become a reality. This past December, in Paris, when negotiations for the Agreement began, the ambassadors anticipated it would enter into force sometime between 2018 and 2020.  Now with 155 Nations in New York signing the Agreement, the timeline most likely, will be moved up!

The Agreement was approved by all 196 Parties within the United Nations Framework Convention on Climate Change (UNFCCC) at COP21 (Conference of the Parties) in Paris on December 12, 2015. The Agreement states, all countries pledge in working towards limiting the temperature rise overall “below 2 degrees Celsius, but are aiming to achieve a temperature rise below 1.5 degree Celsius.” After today’s Earth Day event, the UN will leave its signature book open for one year so that all 196 parties can sign it to validate the Paris Agreement. 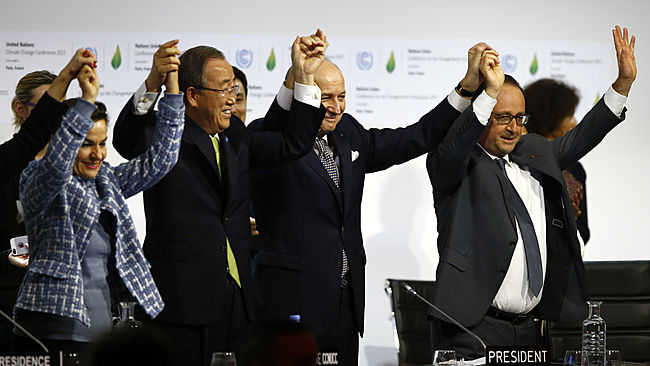 What Commitments Will Countries Share when signing the Paris Agreement?

All 196 Parties to the UNFCC are invited to sign the Paris Agreement. As each country signs the Agreement, they will also submit their individual proposal plan. This will then validate that the actions in the Agreement so they can become effective.

As each nation submits their proposal plan, they will be presented to the Ban Ki-moon Depositary. And only when each nation completes this process can the country officially ratify the Paris Agreement. The rules state “The Paris Agreement will become effective on the 30th day after the date on which at least 55 parties, which cut at least 55 percent of total emissions of greenhouse gases.” The UN Climate Chief, Christiana Figueres said, “Impossible isn’t a fact; it’s an attitude.” She continued and explained how the adaption of the historic Paris Agreement in December 2015 brought together the world’s nations. Ms. Figueres explains how the world’s nations “met and decided unanimously to intentionally change the course of the world economy in order to protect the most vulnerable and improve the lives of us all.”

Celebrating Both Earth Day and the Paris Agreement Signing on April 22, 2016!

Awesome News! Earth Day actually coincides with the United Nation’s ceremony of the signing of the Paris Agreement on Climate Change! It was in 2009 when the UN General Assembly designated April 22nd as International Mother Earth Day via resolution A/RES/63/278.  Attendees at the meeting found that Mother Earth is a very common expression for our planet Earth in a large number of countries. This acknowledges the “interdependence between human beings, other living species and the planet we all inhabit.”

Here in the United States, the Earth Day celebration began in 1970. It is organized by the Earth Day Network. Their mission is to “broaden and diversify the environmental movement worldwide and mobilize as the most effective vehicle for building a healthy, sustainable environment, tackling climate change and protecting the Earth for future generations.”

As the 50th Anniversary of Earth Day approaches in 2020, the Earth Day Network set a target of planting 7.8 million trees in the next five years! Why? Because the trees help fight the climate change combat, as they absorb excess amounts of carbon dioxide (CO2), which are very harmful to the Earth’s atmosphere and her oceans. From the International Mother Earth Day website http://www.un.org/en/events/motherearthday/ …

So once again I am thrilled that Earth Day today, April 22, 2016, will be historic with the coinciding of Ban Ki-moon’s invitation to governments of the world to sign the Paris Agreement on Climate Change! Ban Ki-moon said, “The world now has an agreement on universal, equitable, flexible and durable climate. Our task is not over. In fact, it’s just begun. In 2016, we must move from words to deeds. The signing ceremony this April 22 is an essential step.”

As more news with the historic Paris Agreement becomes available, I’ll post it in future blogs.